British Nurse Convicted Under UK Modern Slavery Act - FreedomUnited.org
This website uses cookies to improve your experience. We'll assume you're ok with this, but you can opt-out if you wish.Accept Read More
Skip to content
Back to Global News 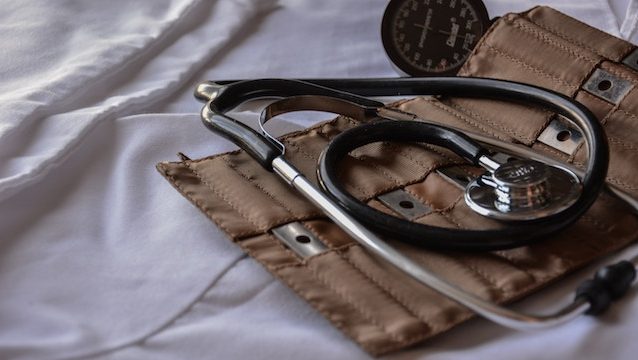 A British nurse has been convicted under the UK Modern Slavery Act for trafficking five Nigerian women to Germany for forced sex work.

The case is notable because the victims have no connection to the UK but were victimized by a British national, Josephine Iyamu. The jury heard that Iyamu forced the women to swear oaths and hand over money to her in “juju” ceremonies that involved forcing the victims to eat chicken hearts, drink blood containing worms, and have powder rubbed into cuts.

Iyamu then arranged for the women to be trafficked across the Mediterranean, with one woman being told to pay a “bill” of €37,000. The Birmingham crown court found her guilty on five counts of arranging or facilitating travel for sexual exploitation.

Prosecutors said the Voodoo rituals gave Iyamu crushing psychological control over the women, who were too afraid to challenge her or to fail to pay her back tens of thousands of euros she charged them to be trafficked into Germany.

The National Crime Agency (NCA) said Iyamu forced victims to take oaths that bound their loyalty to her on pain of death.

Iyamu, who was made a British citizen in 2009 and worked as an NHS agency nurse, declared a modest income of around £14,500 in 2016-17. But inquiries after Iyamu’s arrest in 2017 found she was able to spend thousands on international air travel and to afford a large home in Benin City in Nigeria.

Andy Young from the Crown Prosecution Service said that “Josephine Iyamu exploited five vulnerable women by promising them a better life in Europe. Instead she treated the women like property.”

Kay Mellor, the operations manager of the NCA added, “Josephine Iyamu is a calculating individual who used her apparent status as a rich, powerful and influential lady to intimidate and manipulate vulnerable Nigerian women.”

Iyamu is due for sentencing on July 4.