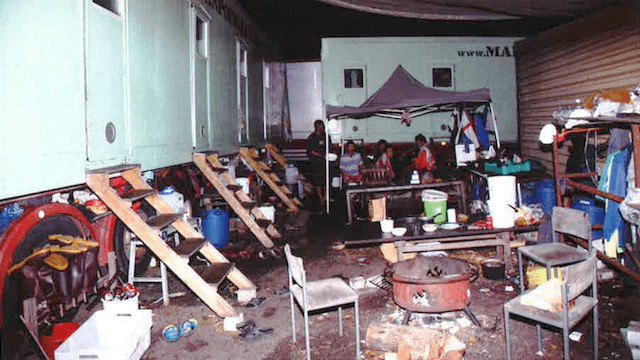 Following the human trafficking conviction of a Finnish berry farm owner earlier this year, Thai authorities have slashed the number of exit visas being issued to Thais heading to Finland to work as berry pickers. This year only 2,500 permits will be issued compared with last year’s 3,500.

In January the farm owner was sentenced to a 20-month suspended prison sentence for trafficking 26 Thais to pick berries in Finnish forests during 2017. The owner was also found guilty of fraud and violating waste management laws.

Do you oppose exploitation of farm workers?

Government advisor at Finland’s employment ministry, Olli Sorainen, said Finland has attempted to negotiate with Thailand over the migrant worker quota, but “they won’t budge.” It is estimated that the berry picking industry needs 4,000 to 6,000 workers this year, prompting Finnish companies to recruit from other countries.

Two Thai journalists working for Svenska Yle spoke with one of the trafficking trial’s 26 berry-picking plaintiffs, Ying Phakjira, a young woman from a poverty-stricken family in northern Thailand.

Phakjira said the working and living conditions at the berry picking camp last summer were inhumane and miserable.

“We had to sleep in buses and [shipping] containers. They said we could earn more than 10,000 euros in three months. But first we had to pay our debts to the company,” she said.

Eventually, Phakjira said she fled to a refugee reception centre in eastern Finland’s municipality of Joutseno where she found help to return home to Thailand.

The rights of berry pickers are unregulated, though some Finnish berry companies have signed a non-binding agreement. It has been revised since this trafficking case to prohibit companies charging interest on loans they hand out for berry pickers’ air travel to Finland. Additionally, it states that workers should be paid in full before returning to their home country.

Still, “There is no legal basis to make the [industry’s] letter of intent legally binding – it would require a law change,” Sorainen said.

Thailand, for one, wants Finland to follow in the steps of Sweden, which requires legally-binding contracts for migrant workers in the agriculture industry.

Anuruk Tosarat from Thailand’s employment ministry says the government will work to combat illegal recruiters that make false promises of huge earnings in Finland, trapping their victims in debt bondage.

Join our campaign to fight slavery in Thai chicken industry