Thousands of Hotline Calls Reveal Extent of Forced Marriage in UK - FreedomUnited.org
This website uses cookies to improve your experience. We'll assume you're ok with this, but you can opt-out if you wish.Accept Read More
Skip to content
Back to Global News 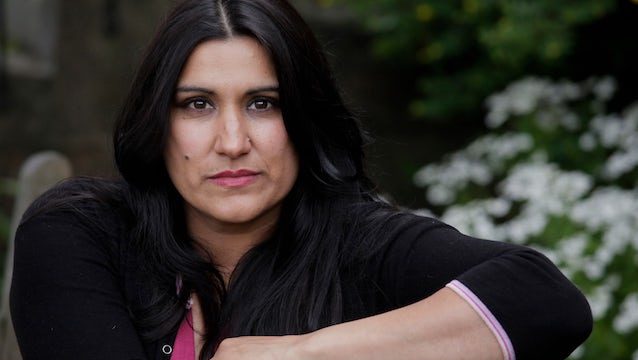 Police received more than 3,500 reports of forced marriage between 2014 and 2016. One charity running a national hotline received 22,030 calls concerning forced marriage over the same time period. And last year the NGO Karma Nirvana received a further 8,870 calls, 200 of which involved children under age 15.

Do you believe forced child marriage should end?

These statistics reveal that forced marriage is far more widespread in the UK than initially thought, and legal experts are pushing for the crime to be prosecuted under modern slavery laws.

Just last week a mother from Birmingham was jailed for four and a half years for forcing her 17-year-old daughter to travel abroad and wed a man who had gotten her pregnant when she was just 13. It was the first ever conviction for forced marriage in England.

Director of Karma Nirvana, Jasvinder Sanghera, says this is just the tip of the iceberg.

“We know there are thousands of women and girls in Britain – but men, too – living behind closed doors in forced marriages, yet the crime is woefully under-reported. Treated as slaves and subjected to threats and violence, victims endure the added burden of their own families pressurising them to stay in these marriages to avoid bringing them shame,” she said.

The majority of callers to its helpline are British citizens. Others have been brought to the UK by a British spouse before being exploited. Threatened with deportation, often unable to speak English and without access to public funds, they find themselves in a cycle of abuse.

A teenage girl confined to the house and raped on a daily basis; a Moroccan woman made to marry her gay British groom to conceal his sexuality and then used as a cleaner; and a West Yorkshire man coerced into handing over all his wages to his in-laws are among forced marriage victims who have contacted UK charities in recent months.

Forced marriage is not listed as an indicator of modern slavery under the national referral mechanism drawn up by the Home Office. Nor is there prosecuting guidance linking forced marriage and slavery crimes.

There have been just two convictions for forced marriage since it was criminalised in 2014.

Parosha Chandran, a top barrister and advisor to the UN, says that the modern-day meaning of slavery means treating someone as one’s property and that forced marriages often have ties to human trafficking.

“There has been no proper consideration in legal terms that a forced marriage involves elements of slavery – where a person is treated as if they are the property of the family they were married into,” she said.

Mark Burns-Williamson, the national lead for human trafficking for the Association of Police and Crime Commissioners agrees that the connections between forced marriage and slavery was needed.

“We are still working through the nuances of the Modern Slavery Act and how to apply the legislation to cases that could include forced marriage in order to secure the best outcomes at court,” he said.