Five Anti-Trafficking Activists Gang-Raped in Eastern India - FreedomUnited.org
This website uses cookies to improve your experience. We'll assume you're ok with this, but you can opt-out if you wish.Accept Read More
Skip to content
Back to Global News 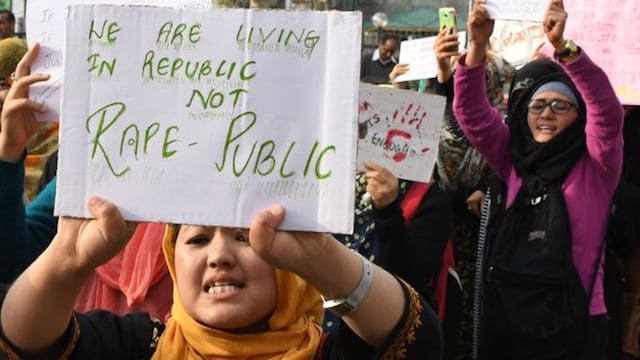 Five female and three male anti-trafficking activists were performing a street play on human trafficking when a group of armed men on bikes broke up the performance.

The armed men dragged the activists to a nearby forest, where they gang-raped the women and beat the men up.

Amol Homkar, deputy inspector general of police in Jharkhand’s capital said that the incident took place in Kochang village in Khunti district, a tribal area in the state. Disturbingly, Jharkhand is the same region of India where two teens were raped and then set on fire last month.

As many as nine people were brought in for questioning, authorities said. According to the investigation, two of the men were carrying small guns. Police also discovered that the men had recorded a video of the incident and had threatened the women, telling them to not report the crime.

Police believe they have identified one of the suspects, RK Mallick, additional director general of police operations in the state, told CNN.

The suspect’s whereabouts are unknown, so authorities announced a reward of 50,000 rupees ($737) for whoever helps locate him.

The men and women worked for Asha Kiran, an NGO supported by a local Roman Catholic missionary that raises awareness about human trafficking.

Asha Kiran runs a shelter in Khunti for girls and young women who leave their homes in search of work and often end up as domestic workers and victims of sex trafficking.

Officials claim that the rapists are from a tribal community that dislikes outsiders.

“They do not believe in the state government. The individuals were attacked because they were outsiders. This is a problem in the area and the police are doing work to educate villagers about this,” said Homkar.

According to the National Crime Records Bureau, an estimated 100 sexual assaults are reported every day in India. There were 39,000 alleged attacks in 2016, a significant increase of 12% from the previous year.

Rape and slavery are all expressions of male contempt and hatred of women. We may need to lock up all those men and throw away the key. Men who prey on women like that and treat women badly, need to have their manly parts removed for good. Maybe then these evil guys would become somewhat human.

Indian women endure the worst of the worst men in the world and the government’s history is complete complicity.

Proof that human trafficking is a sexual perversion deserving caponization.

More crimes of the human race! Where does this all end? Very, very sad the amount of rape going on over there and how women are treated.