Filipino Domestic Worker Fired for Having Cancer - FreedomUnited.org
Skip to content
Back to Global News 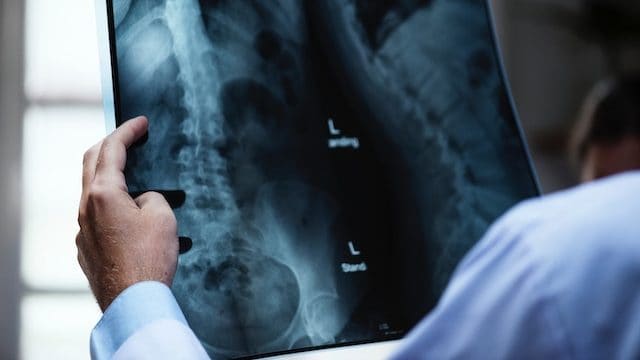 A Filipina domestic worker in Hong Kong was diagnosed with stage 3 cervical cancer in January.

And after hearing the news, her employers promptly fired her, leaving single mother Baby Jane Allas with no medical coverage that she normally would receive under Hong Kong law. On top of that, she was ordered to leave Hong Kong within two weeks.

Incredibly, her termination letter reads “Reason(s) for termination (if any): Diagnosed with cervical cancer.” Allas’ firing was likely illegal and she plans to launch a challenge.

“I want to finish my contract… because I have five children, only me, I am (a) single mother,” said Allas through tears.

Allas spent just over a year working for a family of Pakistani origin who ordered her to perform tasks even on her one day off each week.

She was routinely given stale leftovers to eat and slept on a thin comforter in a cluttered store room, she added.

“My neighbor… gave me noodles, she is very nice to me, she said, oh what happened to your body, you are so delicate now, only one year you lost your weight,” Allas recalled.

AFP reached out to her employer for comment but she did not respond to phone calls and messages.

She landed a job with an American, Jessica Cutrera, who has since taken Allas in, helping her to fight her case and starting an online fundraising campaign to pay her medical bills which has so far raised some $43,000.

On the fundraising site, Cutrera explains that her family would “happily employ her ourselves but she cannot be hired under a new contract with an active advanced cancer diagnosis.”

“We have obtained support to pursue an extended visa while she fights her claim, but this visa will not allow her to access government paid care.”

Allas has already filed a complaint with the labor department and the Equal Opportunities Commission, which commented “There remains prevalent discrimination against employees who have to take leave for their disabilities or to undergo medical treatments.”

Under Hong Kong law, employers must cover their foreign domestic worker’s medical expenses and are advised to take out insurance.

I don’t understand if they fired her she’s technically an employee with wages (not slave). Actual slavery is unpaid, a single mother, so were they housing her & her 5 children?
If she had medical cover originally why wasn’t she having regular screening to prevent being diagnosed at stage 3 and what exactly she expected her employer to do when she was going to be off sick and fairly limited in duties for month with 5kids!
#ownership #self-accountability #responsibility

Hey Cupkate You sound like your’re the employer heartless & uncaring. I do hope that you get the help you need

Her employer has no kids at all. 5 adults and 1 dog in their household. And they are well off so the money isn’t an issue. Baby Jane has 5 kids. Her children live in the Philippines with her mother. She worked 7 days a week for this family and when she asked for time off to go to the doctor they did not allow it.

Cupkate, I was just browsing this sight, but I couldn’t leave without a comment. First of all, for a lot of people stage 3, can be the first sign of cancer! I find your hash tags repulsive! To suggest that a horrific disease like cancer is the fault of the afflicted individual, is simply ludicrous at best. Your utter lack of humanity reflects a dark black soul. You need help!!

Cupcake- Your comments reflects a very sad level of ignorance and lack of compassion. I always fail to understand how one human being could treat another human being in this way!!! But unfortunately there is a lot of warped thinking in this world : (

I doubt her children were living with her. They would be in the Philippines and she would be sending her money back to them.
Also just an educated guess but I think that if she was being starved, sleeping on a thin comforter in a crowded store room & working on her day off then she would not have been given the luxury of routine medical exams. She obviously became very ill before being able to seek medical attention. Your hashtags are ludicrous; you obviously have zero idea of the issue!

Slavery is more than not being paid, its not paid minimum wage, its not being paid what you r worth, its not being allowed time off, its being under someone’s control and often this happens in the domestic services world when the family you showed up to work for confiscates your passport, and basically locks you in their home. Sexual abuse is also rampant in domestic abuse situations.

Workers go to other countries, leaving their own children at home and sending money. It is a sacrifice.