Indonesia Expedites Elimination of Sexual Violence Bill - FreedomUnited.org
This website uses cookies to improve your experience. We'll assume you're ok with this, but you can opt-out if you wish.Accept Read More
Skip to content
Back to Global News 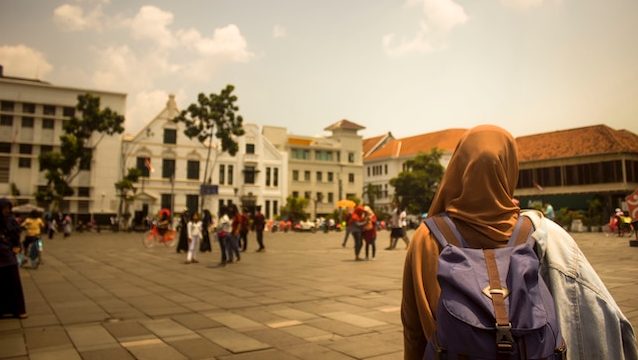 The Indonesian House of Representatives is promising to resume deliberations on the Elimination of Sexual Violence Bill this week following mass rallies in Yogyakarta and pressure from human rights groups.

“We [want to] ensure that we’ll pass the bill [into law] before the new term,” said Marwan Dasopang, a deputy chairman of House Commission VIII. Indonesia is due to hold legislative elections on April 17, with sitting members of parliament due to end their terms in September.

Yet as the Jakarta Post reports, the bill has stalled in the House since 2016 due to objections from conservative religious factions.

Several rights groups concerned with gender issues, along with the National Commission for Violence Against Women (Komnas Perempuan), have pushed the House to pass the bill, citing an urgency for protecting women from sexual assaults and providing a more comprehensive legal basis for how to treat sexual violence victims.

The bill was first proposed after the gang rape and murder of a 14-year-old girl in Bengkulu in 2016, a case that sparked public outrage because of the brutality of the attack.

However, the fate of the bill now hangs in the balance as several Islam-based political parties consider it to be pro-adultery and to support the existence of lesbians, gays, bisexuals and transgenders (LGBT). The parties claim the bill may disrupt the Islamic concept of a sakinah (happy) marriage.

Marwan, a politician from the National Awakening Party (PKB), said he lamented over what he considered to be misleading messages voiced by his fellow lawmakers, mainly from the Prosperous Justice Party (PKS).

He said several lawmakers were still confused by the definition of sexual violence and he was worried that different interpretations would arise.

Despite PKB’s and PKS’s objections, the bill holds strong support from the leading ruling and opposition parties, Indonesian Democratic Party of Struggle (PDI-P) and the Gerindra Party.

“When we talk about human rights, many of our [fellow] lawmakers claimed that our understanding of human rights was too westernized and that we should return to our culture. This is a pity,” said Gerindra lawmaker Rahayu Saraswati Djojohadikusumo, a member of House Commission VIII overseeing religious and social affairs.

“Some lawmakers are feminists while some others are allergic to [feminism]. When we talk about gender issues, they would respond with religious ideology.”