Fighting IUU Fishing, Thailand Now Must Solve Fishermen Shortage - FreedomUnited.org
This website uses cookies to improve your experience. We'll assume you're ok with this, but you can opt-out if you wish.Accept Read More
Skip to content
Back to Global News 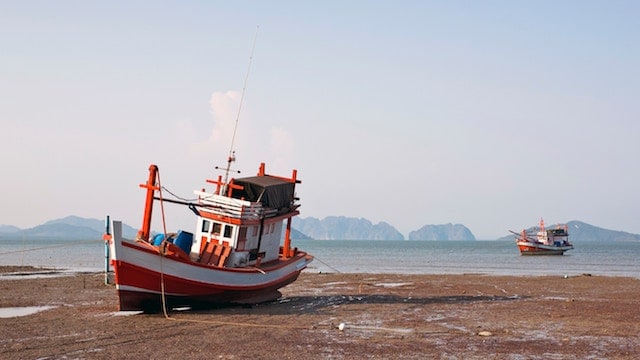 Thailand is considering an ambitious plan to recruit thousands of migrants from Myanmar, Laos, Cambodia, and Vietnam to work in the Thai fishing industry.

Since enacting new laws to combat illegal, unreported, and unregulated (IUU) fishing in Thai waters, Thailand’s fishing industry has had a major shortage of fishermen.

Labor Minister Adul Sangsingkeo is thus planning to meet with leaders of the four countries after hearing from fishing operators in 22 coastal provinces about how many workers they need. The National Fisheries Association of Thailand has previously stated that more than 42,000 workers are needed in the industry.

The Bangkok Post reports that the government is considering MoUs as a means to ensure workers are documented:

The ministry will import migrant workers under a memorandum of understanding (MoU) signed with the four countries to ensure they legally enter Thailand and prevent a prospect of forced labour, a main factor that prompted the European Union to yellow-card, or issue a final warning to Thailand in 2015.

The other measure is to extend work permits for about 10,000 migrant workers who are currently aboard fishing vessels.

During efforts to act against illegal migrant workers, the government allowed undocumented fishermen to work in Thailand, but they were required to report to authorities.

The work permits of foreign fishermen will expire at the end of next month, but the ministry plans to give them two more years to work in Thailand.

Pol Gen Adul added that migrant fishers have under September 30 to begin a process to renew their work permits.

Thai fishing trawler operators have warned that they may hold a seven-day strike if the government does not listen to their business concerns. They have pushed back on the new fishing regulations, saying they are too strict.