Fashion from Prison Labor: Exploitation or Ethical Business? - FreedomUnited.org
This website uses cookies to improve your experience. We'll assume you're ok with this, but you can opt-out if you wish.Accept Read More
Skip to content
Back to Global News 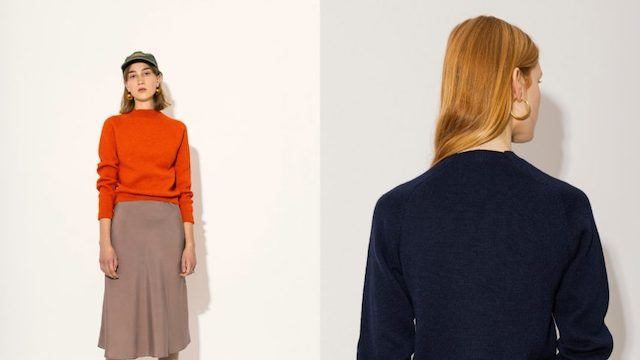 Danish fashion brand Carcel — which means prison in Spanish — advertises that its silk is made by women in prison in Chiang Mai, Thailand.

The brand asserts that prisoner-made clothing is both ethical and an improvement to their supply chain, insisting that they provide these women with the chance to earn a wage and get job training while in prison.

But this raises the important question: is prison labor a form of exploitation or an ethical business decision?

Carcel claims that their workers can “learn to support themselves, send their children to school, save up for a crime-free future and ultimately break with the cycle of poverty.”

The company’s CEO Veronica d’Souza says, “In our belief, a fair wage in a country should be related to the cost of living, that’s why we use living wages as a baseline for our salaries.”

In Thailand, a spokesperson for the Chiang Mai prison says, “They looked at about 4-5 prisons but finally decided on Chiang Mai Women’s Correctional Institution because we have our own silk factory.”

So, what’s the problem if the prisons like the project and they’re giving women a chance to earn a living? It’s because this system is driven by opportunism and profit, and fueled by poverty. Using prison labor is not a philanthropic endeavor. They claim that they’re giving women a fair wage, and that that wage is associated with livability, but they use the minimum wage in each area as their baseline.

According to the prison in Thailand, the laborers are paid approximately 320 baht per day (roughly US$10 per day)

For many of these women, release from jail will mean continued employment in the garment manufacturing sector, which is notorious for labor exploitation. “Simply providing jobs is not enough to combat poverty if those jobs are dead-end,” stresses Eco Princess Warrior.

At the same time, some will point to female prisoners choosing to do this work for Carcel as it gives them a basic wage and vocational training. While this is true, Eco Princess Warrior argues that this minimum wage job from behind bars is not ethical or challenging a capitalist supply chain model:

“While Carcel is doing some good, keep in mind that it was Western consumers and companies like Carcel that perpetuate global wealth inequality and imperialist attitudes about labor in the developing world.”

I am a retired correctional officer of 15 years. I started with the State of Texas and retired from the State of Delaware. If a large outside company hires these women, they should receive the same wages as a regular employee. Just because they are incarcerated doesn’t mean they should be farmed out. Paying them pennies is slave labor. Why should the company benefit from cheap labor? Yes, they committed a crime, but they are locked up and paying for it. You can’t continuously punish someone.

My son has been to prison. He was moved around the prison system in such a way that he was never able to avail himself of any of the training projects on offer. The best he managed was grass cutting outside one of the prisons when he became a “trustee.” His time in prison got him off and away from drugs but it could have been much more constructive. The women in Thailand perhaps are being exploited but if they had no skills when they went in they will come out with something in a poor country.

I think it is o.k. that these people in prison make clothes.. It gives them something to do and they do get paid. I would imagine that it is low pay and that is the reason I don’t think it’s the greatest thing…to use them…they should get paid more money. The fashion industry will exploit all ages and nationalities just to get a job done cheaply and that is wrong.

I served 7 years in AZ women’s prison so I speak from experience. As a college graduate, taught GED for 35 cents an hour. Without family or $$$, if I hadn’t had that job, I wouldn’t have been able to buy basics from the prison store: toothpaste, decent toilet paper, oatmeal, stamps, envelopes, legal pads, tampons, peanut butter, ramen noodles. I saved money because I don’t drink coffee or smoke (yes, you can smoke in AZ prisons). It’s a catch 22. Some US prisons make you work but don’t pay.

Hi S.E. I’m a retired correctional officer. People make comments such as ,”They committed a crime. They need to deal with it.” Incarceration is your punishment. People want inmates to change and become productive citizens, but once an inmate is released, they are still getting punished and judged. I’ve seen how hard it is for one who has been incarcerated. It’s hard as hell to get a job, and you seldom get a break. I hope you are doing well

Hi Tammy, thanks for the input. I heard many times I wasn’t there to Be Punished, my separation from society was my punishment. Yet, the draconian conditions in which we lived were indeed punishment. My organization http://www.ReinventingReentry.org works to educate the public about conditions of confinement and reentry through a Reentry Simulation that we conduct around the country. I found my passion in prison and this weird journey has even taken me to the Obama and Trump WH on CJR. Amazing!

According to the prison in Thailand, the laborers are paid approximately 320 baht per day (roughly US$10 per day)
I live in Thailand for 13 years. This is a normal salary for 1 day work. So why not work so you lear some skills. The alternatief is do noting, lear noting and come back to the prison soon after relise.