Everyday Racism: ‘Indonesian Helpers are Thieves’ - FreedomUnited.org
This website uses cookies to improve your experience. We'll assume you're ok with this, but you can opt-out if you wish.Accept Read More
Skip to content
Back to Global News 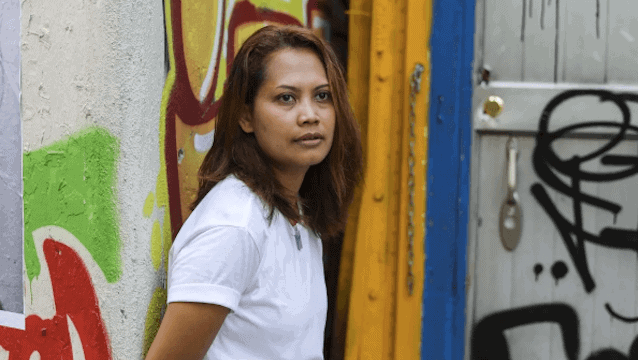 They may be shocking statements, but a new video campaign is exposing the harsh realities of racism faced by non-Chinese ethnic minorities in Hong Kong and how they are fighting back against prejudice.

Produced by Hong Kong charity Resolve Foundation, the campaign is titled “Stories of Everyday Racism in Hong Kong” and being released on Facebook and YouTube in both English and Cantonese. Hong Kong’s Equal Opportunities Commission has also voiced its support for the anti-racism campaign.

For Hong Kong’s thousands of migrant workers, racism is linked to discrimination and even abuses at the hands of employers.

Arista Devi from Java in Indonesia first arrived in Hong Kong in 2009 to work as a domestic helper. She is also an author and in 2013, released a self-published book in her native language about migrant workers in Hong Kong. Devi describes the problem of racism as being both widespread and deeply ingrained in Hong Kong society.

“Shop staff treat Hong Kong people and perhaps [Westerners] very nicely,” Devi says. “They ask ‘how may I help you?’; they smile.” This is not the case, she says, for Indonesian helpers. “They look down on us and say – you have no money.”

Devi’s friend Hei Kocho, 38, also from Indonesia, recounts an experience in which she was shopping with others in a small jewellery store in Mong Kok when the shop owner abruptly stopped them.

“She thought I could not understand Cantonese and said to her colleague: ‘Check their bags, Indonesian helpers are often thieves,’” Kocho recalls. “They made me empty my bag on the floor.” Devi and Kocho both say this sort of treatment at the hands of shop staff and customer service personnel is routine.

Arista Devi says she has learned to stand up for herself through the program.

“Now I ask shopkeepers: ‘Why do you think you can talk to me like that? Because I’m Indonesian?’” she said, noting that when she stands her ground people often apologize.

“Perhaps they assume we don’t understand discrimination and that we won’t stand up for ourselves.”

Such racist mistreatment of the “Other” is common everywhere. In the USA, for example, some Whites consider it to be normal to humiliate, denigrate, or abuse nonWhites. But when the “Other” confronts the racist treatment, some Whites tend to realize their prejudice and back off, apologize, or acknowledge that they have discriminated against those who don’t look like themselves. This is not untypical of the way the rich look at and shamefully put down the poor anywhere in the world.