Landmark Labor Ban for Gangmaster Couple - FreedomUnited.org
This website uses cookies to improve your experience. We'll assume you're ok with this, but you can opt-out if you wish.Accept Read More
Skip to content
Back to Global News 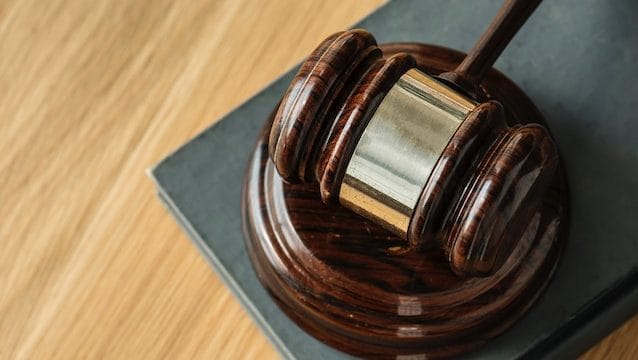 A British court has slapped a recruiting ban on a Leicester couple convicted of luring vulnerable migrant workers from eastern Europe to the UK without a license.

This marks the first time the UK has imposed this type of sanction — a move seen as a measure to fight labor abuses and modern slavery.

Related Campaign: Support for all UK victims of trafficking.

The convicted duo, Sabina Gaina, 25, and Badar Hayat, 43, were sentenced to 12-month prison terms, suspended for two years, by the Leicester Crown Court.

Investigators said Gaina and Hayat had “made a fortune” sub-letting homes to workers they had recruited online, offering – on payment of a fee – well-paid jobs in a bakery and housing.

“They targeted those with little money, who spoke little or no English, many of whom were in a desperate position in their home country,” said Ian Waterfield, head of operations at the GLAA – Britain’s anti-slavery body which investigated the case.

The couple pleaded guilty to acting as a gangmaster without a licence and were served with an order banning them from engaging in any recruiting activity for two years.

Breaching the ban is a criminal offence, the GLAA said.

The case marked the first time that such an order has been used since its launch in 2016.

Authorities said Gaina and Hayat travelled to Romania and Moldova to recruit workers in 2015 and 2016, falsely promising lucrative work in the UK.

However, the 13 victims were forced to sleep on the floor in a small flat in Leicester while the couple made 25,000 pounds ($32,000) off of their labor exploitation.

“They drove their tenants into debt and gave them no choice but to work their way out of it,” said Waterfield.

Despite the landmark sanction, campaigners say it has taken far too long for it to be used.

Caroline Robinson, head of the charity Focus On Labour Exploitation (FLEX), explained that “The time and effort taken to reach this point is a concern for an enforcement body that is already desperately stretched for resources.”