“Essential” yet neglected: U.K. migrant workers unprotected from pandemic - FreedomUnited.org
This website uses cookies to improve your experience. We'll assume you're ok with this, but you can opt-out if you wish.Accept Read More
Skip to content
Back to Global News 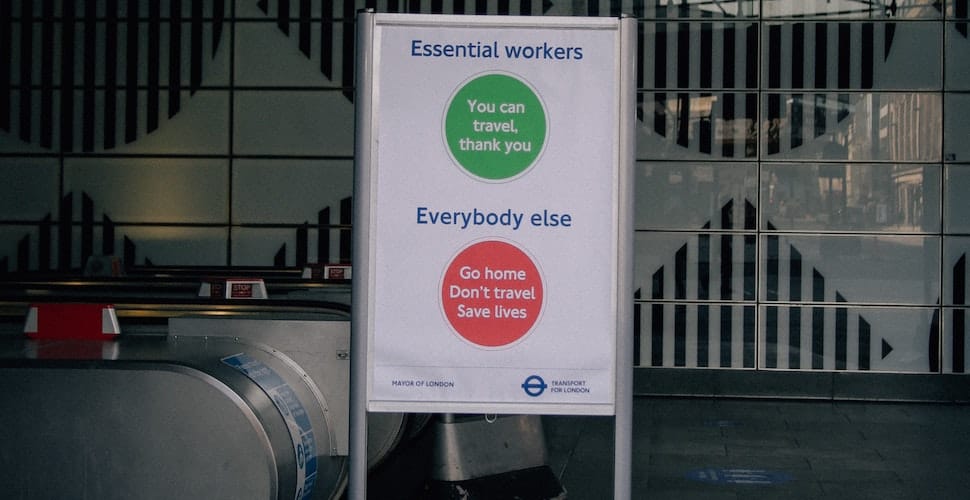 Writing for Thomson Reuters Foundation on Tuesday, the chief executive of Focus on Labour Exploitation (FLEX) argued that the U.K. has failed to protect migrant workers from exploitation during the pandemic.

Lucila Granada asserts that despite filling many of the roles designated as “essential,” the low-income migrant workers that the U.K.’s economy relies on have found themselves neglected.

Already among the most vulnerable populations to modern slavery, many low-income migrant workers have found themselves without work, pay, or access to government schemes, putting their rights even more at risk.

As existing risks of exploitation have been heightened, new risks have emerged: for example, increased pressure on food supply chains has made migrant workers in agriculture vulnerable to abuse.

These risks are not simply hypothetical: the rising dangers low-income workers face are evidenced by the sharp increase in calls experienced by abuse and advice helplines.

For example, up to three times as many calls were made to Acas—the national workplace rights advice line—in March this year compared to the previous year.

Government support to address these demonstrated risks has been scant.

Despite the urgent need for proactive labor inspection, oversight has all but stopped: unlike many of the industries that employ low-income migrant workers, labor inspection agencies are not considered essential.

Meanwhile, measures to ensure labor rights has been so lacking that some unions have resorted to distributing their own personal protective equipment to members.

We need a system of inspection that is not only able to sustain its operations through this crisis, but one that proactively responds to the long-evidenced and endemic levels of abuse faced by workers in low-pay.

A system that is sufficiently resourced to carry out proactive workplace checks and develop and implement comprehensive prevention strategies that engage organisations trusted by those most at risk, such as trade unions and community groups.

A system that migrant workers can trust, that offers secure channels of reporting for all.

A system that shows that the UK is willing to put its money where its mouth is and protect the rights of the workers it now recognises as essential.

UN experts have stressed that government services that protect workers during the pandemic—including healthcare, accommodation, and social assistance—must be guaranteed for migrant workers, regardless of their status, to ensure their safety.

Help power the call and add your name today.