COVID-19: Protect survivors and migrants from the effects of the pandemic - FreedomUnited.org
This website uses cookies to improve your experience. We'll assume you're ok with this, but you can opt-out if you wish.Accept Read More
Skip to content

COVID-19: Protect survivors and migrants from the effects of the pandemic 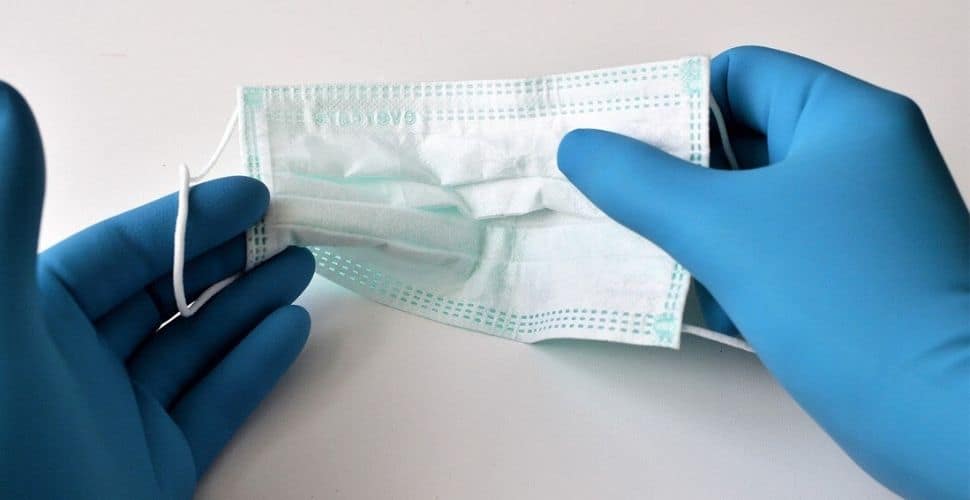 Watch our discussion exposing the gaps between international standards and lived experiences of modern slavery protection.

The COVID-19 crisis is laying bare the gaps in protection that exist for modern slavery survivors and at-risk migrants around the world.

During this global pandemic, many modern slavery survivors and vulnerable migrants cannot safely access  healthcare and government support. The UN has said that the implementation of inclusive national measures for all is crucial for effective anti-slavery prevention and protection .1 2 But for those without the legal right to remain in a country, accessing medical help just isn’t possible or comes with the threat of detention and deportation.

This means trafficking victims, people seeking asylum and undocumented migrants are forced to sacrifice their health for fear of deportation and that is unconscionable – particularly during a global health crisis. We believe seeking testing and care for COVID-19 should not put anyone at risk of retaliation.

Self-isolation and social distancing policies in place in a number of countries aren’t enough to protect modern slavery victims and vulnerable migrants from the spread of the virus or the risk of trafficking. It has become increasingly evident that to be able to follow social distancing measures is to be in a position of privilege.3

More comprehensive measures must be urgently implemented to ensure those trapped in modern slavery are guaranteed access to government assistance. These people are likely to live in squalid conditions,  or isolated indoors with their traffickers, with little access to hygienic facilities and are unable to stop working under threat of reprisal from their traffickers. For low-paid migrants without the legal right to work, observing social distancing policies may not be an option as they are pushed into seeking potentially exploitative work in order to survive.

Migrant workers around the world have lost their jobs due to COVID-19. In the face of destitution, the need for economic survival pushes them into precarious jobs where the risk of exploitation is high. Migrant workers who lose their jobs as a result of COVID-19 must not be excluded from severance pay and the certainty that they will be able to safely and legally remain in the country at a time when travel is high-risk. With access to government help, such as unemployment support, workers would be able to stay home — protecting themselves and their community from exposure to COVID-19 and preventing them from taking up exploitative employment that could amount to modern slavery.

At-risk migrants, such as domestic workers, and modern slavery victims who don’t have the legal right to remain in a country aren’t sufficiently protected under national laws. Domestic workers are one of the least protected groups of workers under national laws – migrant domestic workers even more so.4 Under a state of lockdown imposed by many countries during the COVID-19 pandemic, migrant domestic workers, some of whom are undocumented, are at risk of exploitation behind closed doors including the threat of violence, withholding of wages, no rest days, and physical or sexual abuse. The mental and physical health of those forced to self-isolate with their employers is also at risk of seriously deteriorating.5

Crackdowns and raids on low-paid migrant workers during COVID-19 are alarming. It was recently reported that dozens of migrant workers in Qatar had been detained and deported under the guise of being tested for COVID-19.6 Some of these workers reported that they had felt intentionally misled by authorities, unaware of the dangers of the roundup. Despite being told that they were being taken to be tested for COVID-19, they instead ended up in cramped jail cells where they learned they were going to be deported.

Immigrant detainees also need help — we know overcrowded immigration detention centers in the U.S. are not safe for detainees. At one ICE detention facility in California 140 inmates have tested positive for COVID-19 and one died, seen “gasping for air” before being transferred to a hospital.7 Cramped conditions also mean that detention centers are a hotbed for the spread of disease and social distancing measures are almost impossible for detainees to observe. For those with underlying health issues, this is a serious threat to their lives.8

Children held in detention and institutions are also at risk of being overlooked during this crisis. A recent report demonstrated that, as of May 2020, only 20 countries have released children from detention to fight the spread of COVID-19 compared to 79 countries that have released adults.9 At one juvenile correctional facility in the U.S., almost half of the children have tested positive for COVID-19. When the majority of children in detention around the world haven’t even been convicted of an offense, and studies show that community-based alternatives are cheaper and more effective,10 governments must take immediate measures to protect child detainees during this global pandemic.

Freedom United is supporting the call on governments to ensure all migrant workers regardless of immigration status have access to healthcare and government support during the pandemic, ensuring that human rights are at the center of the world’s response to coronavirus.11

Access to healthcare is a human right for all, codified in international law under the International Covenant on Economic, Social and Cultural Rights.12 The UN High Commissioner for Human Rights recently stated “to effectively combat the outbreak means ensuring everyone has access to treatment, and is not denied healthcare because they cannot pay for it or because of stigma.”13

Portugal has already implemented measures to grant all migrants in the country the same rights as residents regardless of the status of their immigration application until at least July 1, 2020 – so we know it’s possible.14 Once an individual presents proof of an ongoing application, they will have access to the health service, government welfare and work and residency permits. We support these measures continuing beyond the proposed deadline.

Measures like these are a positive step towards protecting survivors and at-risk migrants from exploitation but they must continue to be implemented beyond the pandemic.

That’s why we are calling on world governments to adopt measures to grant all modern slavery victims, and those at risk of modern slavery including undocumented migrant workers, refugees and people seeking asylum, access to healthcare and government support – free from the risk of detention or deportation.

Sign the petition today and demand governments treat healthcare as a human right, not a privilege, and protect vulnerable migrants in the face of this pandemic.

Free the children of people seeking refuge. Release th our children to their parents and close those facilities. Then it is time to give them the status they have been tortured seeking.

These are people who probably need healthcare more than the average person in the UK simply because of the abuse they’ve received! They should be given it!

Well expressed Colette and fully agree with you.

Shocking situation for a wealthy country to place these poor people in.

COVID-19: Protect survivors and migrants from the effects of the pandemic

The COVID-19 pandemic is hitting the most vulnerable hardest. Modern slavery survivors and vulnerable migrants who often don’t have a legal immigration status and so are excluded from protection under national laws leaving them at risk of illness, destitution, exploitation and trafficking. For some, their lives are in immediate danger.

During this time, we urge you to follow UN guidance¹ and take action to ensure the most vulnerable in our communities are adequately protected from the effects of COVID-19. This includes ensuring all adult and child modern slavery survivors and migrants — regardless of immigration status — for the duration of the pandemic:

These measures are crucial to ensure survivors are able to sustainably recover from their experiences with adequate support instead of experiencing instability that can create vulnerabilities to retrafficking, and at-risk migrants are not forced by economic necessity to undertake exploitative and precarious work that could amount to modern slavery.