Domestic Workers Rally Against Kafala System in Beirut -
This website uses cookies to improve your experience. We'll assume you're ok with this, but you can opt-out if you wish.Accept Read More
Skip to content
Back to Global News 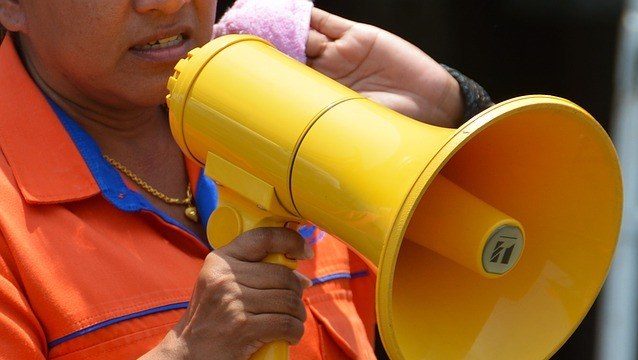 “No to slavery and yes to justice.”

These were just two of the messages on protest signs held by hundreds of migrant domestic workers as they took to the streets of Beirut this Sunday.

Lebanon has over 250,000 migrant domestic workers, mostly from Ethiopia, the Philippines, and Sri Lanka. Yet these workers are excluded from the country’s labor law and their residency is tied to their employer through the kafala sponsorship system, which allows domestic slavery to persist.

“We want the cancellation of this system. There are employees imprisoned in houses and they need to have days off,” Dozossissane, a 29-year-old Ethiopian.

Activists regularly accuse the authorities of failing to take claims of abuse seriously, with maids, nannies and carers left at the mercy of employers.

A report from the rights group that surveyed 32 domestic workers revealed “alarming patterns of abuse”, including physical punishments, humiliating treatment and food deprivation. Among them, 10 women said they were not allowed to leave their employer’s house, with some saying they were locked in.

Twenty-seven said their employers had confiscated their passports. Amnesty registered eight cases of forced labour and four of human trafficking, the report said.

Many domestic workers said they were deprived of food by their employers.

“Sometimes I would get so hungry… I used to mix water with sugar when I was hungry and drink it,” one worker said.

Based on chronic abuses, Ethiopia and the Philippines placed a ban on their citizens from taking up jobs as domestic workers in Lebanon.