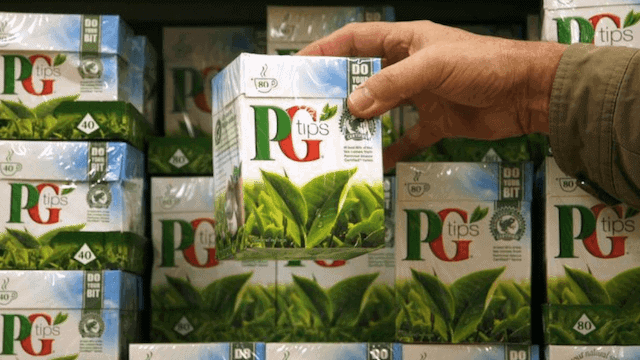 Unilever, the company behind Britain’s largest tea brands, including PG Tips, revealed its list of suppliers in a move to become more transparent about their supply chain.

It now becomes the latest tea company to disclose information about which tea plantations they source from, following in the footsteps of Yorkshire Tea, Twinings, Tetley, Clipper, and Ringtons.

“We are quite surprised – I don’t think we expected it to happen this quickly,” Mary Milne, head of campaigns at Traidcraft Exchange, told the Thomson Reuters Foundation.

“I think there may have been a bit of a club mentality in that none of them did it … and once one or two started moving, the others wanted to catch up.”

India’s tea industry, the second largest in the world after China’s, employs 3.5 million workers, many of whom are paid below minimum wage and live in poverty on the plantations where they work, research has shown.

Traidcraft Exchange launched its ‘Who picked my tea?’ campaign to improve conditions for tea workers in the Indian state of Assam.

Data published by Unilever showed that it uses a number of suppliers in Assam as well as plantations elsewhere in India and in Indonesia, Japan and Kenya.

Unilever, in a statement, said “We believe it’s important to know where our tea comes from as this is the starting point for any action that makes a positive impact where it matters most. As a next step in our journey to become more transparent, we are happy to share this information.”

Milne explained that Traidcraft will now use the new data to help tea plantation workers identify which companies buy from their plantation and to ensure that workers’ welfare is upheld.

“By persuading the brands to publish where they source their tea, we’ve succeeded in putting a bit more power in the hands of the people who work on tea estates in Assam,” she said.

“They are the true experts, and the only people who can verify the good practice claims that brands may make.”

A step in the right direction, but unless Unilever stop testing on animals I will NOT be a customer.

It is interesting to see how these campaigns start in India. In this very article, they state that India is the second largest Tea industry after China. Are the Chinese tea plantation workers paid fair wages? If not, why not focus the campaign on them? With the general elections coming up in April – May 2019, Is there a political motive here ? Just asking…

I wonder whether we buy more Indian than Chinese tea here in the UK? I don’t know the answer.

after tea what about coffee- the traders are raking in huge profits. how??