Apple, Nike, and other top brands linked to forced labor of China’s Uyghurs - FreedomUnited.org
This website uses cookies to improve your experience. We'll assume you're ok with this, but you can opt-out if you wish.Accept Read More
Skip to content
Back to Global News 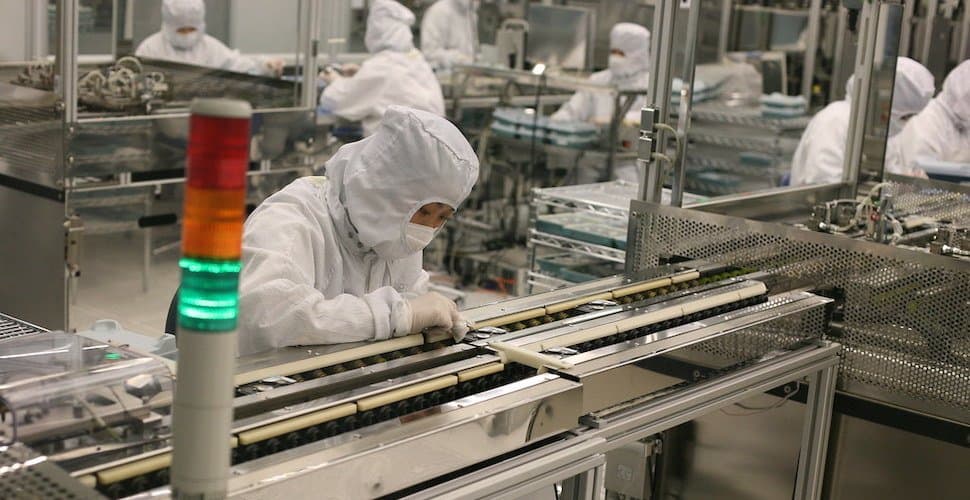 Apple, Nike, and other top brands linked to forced labor of China’s Uyghurs

A new report has revealed that China’s Uyghur people are being transferred by the tens of thousands to work in “conditions that strongly suggest forced labor” at factories linked to global brands including Apple, Nike, and Volkswagen.

The report, from the Australian government-linked Australian Strategic Policy Institute (ASPI), names the brands along with 80 others it claims are profiting from the exploitation of China’s most oppressed ethnic minority.

According to the findings, over 80,000 Uyghur people from the western province of Xinjiang were sent to work in 27 factories across China, where they have limited freedom, are under constant surveillance, and are prevented from returning home—fulfilling over half of the forced labor indicators listed by the International Labour Organization (ILO).

With China already coming under repeated international criticism for its detention of over a million Uyghurs in “re-education camps” in Xinjiang, the ASPI report suggests a new, troubling development in the government’s treatment of the Muslim ethnic group.

“Under conditions that strongly suggest forced labor, Uighurs are working in factories that are in the supply chains of at least 83 well-known global brands in the technology, clothing and automotive sectors, including Apple, BMW, Gap, Huawei, Nike, Samsung, Sony and Volkswagen,” the think-tank said in the introduction to its report.

The ASPI report said the transfers of labor were part of a state-sponsored program.

It says the workers “lead a harsh, segregated life”, are forbidden to practice religion, and are required to participate in mandarin [sic] language classes.

It also says the Uighurs are tracked electronically and restricted from returning to Xinjiang.

Apple, which sources its iPhone cameras through one of the implicated factories, referred Reuters to an existing statement reaffirming its commitment to the wellbeing of those working in its supply chain but said it had not yet seen the report.

Others, including Volkswagen, denied direct links with the factories, while Huawei announced it would look into the matter. Some brands, such as Abercrombie and Fitch, advised vendors to terminate their relationships with the implicated factories.

Chinese officials, meanwhile, have strongly denied the report’s accusations, accusing the authors of aligning themselves with an American-led smear campaign and repeating the government’s defense of the detainment system as “anti-terrorism measures.”

In discussing solutions to the problem, the authors of the report argued that the Chinese government should be pressured to ratify the ILO’s Forced Labour Convention, 1930 (C29) and Forced Labor Protocol, 2014 (P29), the latter of which is currently the focus of Freedom United’s ‘Help end forced labor’ campaign.

Add your name today and urge the Chinese government to end the use of forced labor.