African Virgin Girls Taken as "Wives of Gods" - FreedomUnited.org
This website uses cookies to improve your experience. We'll assume you're ok with this, but you can opt-out if you wish.Accept Read More
Skip to content
Back to Global News 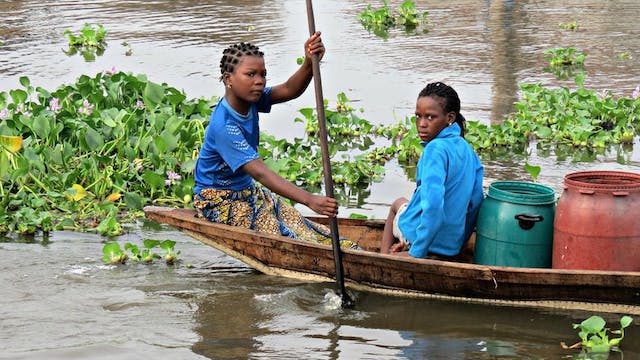 Trokosi is traditional belief system in West Africa wherein virgin girls — some as young as six — are taken to shrines, where they are offered as slaves to make amends for wrongs committed by a member of the girl’s family.

These girls used to be enslaved at shrines for life, where they would become the “wives of the gods,” sexually exploited by the priests and shrine elders and forced to work on their farms.

Yet once the public became aware of the problem in the 1990s, priests started letting girls go visit their families. Still, the girls were always required to come back to the priest, and when a girl died her family was required to replace her with another virgin girl.

In 1998 the Ghanaian government passed a law criminalising the Trokosi practice, but as Wisdom Mensah, an instructor at the University of Florida writes in The Conversation, the law hasn’t fully stopped the problem:

Most of the people that live in the southern Volta Region of Ghana, southern Togo, and southern Benin believe and practice the Trokosi system.

Despite [its criminalization], it continued because governmental agencies responsible for enforcing the law didn’t have the courage to arrest the family members, priests or shrine owners. The system invokes fear in the hearts of most people including the law enforcement personnel.

Trokosi practising communities strongly believe in the power of gods to cause calamities to families. Trokosi priests ensure they are reminded of this by issuing warnings that they must send their virgin girls as objects of reparation.

The practice also thrives because there’s a group of traditionalists, mostly male, who strongly believe that Trokosi is part of the Ewe’s cultural heritage and must be preserved. They therefore oppose every attempt to stop the practice.

Some approaches that have been successful include convincing priests to accept other forms of reparation, such as cows, instead of virgin girls. Some priests have also signed legal commitments to stop the practice in exchange for cows or other forms of income.

Going forward, Mensah stressed that the international community must put pressure on the government and people of Ghana to enforce the 1998 law making the Trokosi practice a crime.

“If pressure is brought by international organisations such as the United Nations, African Union, ECOWAS, European Union etc. the practice of Trokosi in West Africa can be brought to an end quickly,” he said.