A Female System of Abuse: Haiti's Children in Domestic Slavery
This website uses cookies to improve your experience. We'll assume you're ok with this, but you can opt-out if you wish.Accept Read More
Skip to content
Back to Global News 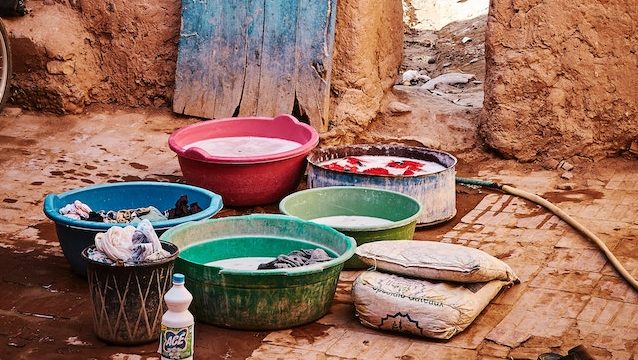 A Female System of Abuse: Haiti's Children in Domestic Slavery

Hundreds of thousands of Haitian children are trapped in modern slavery, and women are playing a key role in perpetuating the abuse.

That’s one of the key findings from research conducted by Fiona de Hoog Cius, a Researcher in Modern Slavery and Human Rights at Sheffield Hallam University.

Locally known as “restavèk,” Haitian children are forced into domestic slavery, often taken from rural areas of the country to work in the homes of urban families. Their parents believe they’re sending their child off to a better future, but it’s usually anything but.

In a piece for The Conversation, Cius writes:

In most cases, urban women approach intermediaries – usually women who transport agricultural goods from farms to markets – to enquire about acquiring children to “help around the house”.

The intermediaries then seek out children from economically disadvantaged families in rural areas. Parents of restavèk children are usually unaware of the situations into which they send their children, hoping for a better life, food and access to school.

But the realities for restavèk children are quite different. They are physically and verbally abused, their basic needs are neglected and they are either partially or completely withheld from school.

Though the children are trafficked and treated as slaves, payments are made to the traffickers in the form of gifts. If cash changes hands it is usually as compensation for “travel expenses”.

As one woman who recruits children explained, “The mother can ask me ‘Is she a good person?’ I say ‘yes’ to her just so she’ll agree to give me her child even though sometimes I don’t even know the person the child will be going to live with. But to secure the parents’ trust, I’ll say anything at all.”

Estimates of restavèk children are around 225,000, with two-thirds of them girls.

Haitian child protection professionals told Cius that restavèk children often faced “rage” from the women they worked for, telling her stories about girls being burned on their chests with irons and made to use school uniform socks as toilet paper.

SO MUCH FOR THE CLINTON FOUNDATION’S HELP! OMG IF THE PEOPLE ONLY KNEW THE REAL TRUTH OF WHAT THEY DID TO THAT COUNTRY!!

I am at a loss as to the callous responses to the interviewers questions”I will say anything at all to secure the child often not knowing where the child will end up, for heavens sake is the mighty dollar all pervasive that there is no crime that is not excusable in the hunt for more.