Our executive director shares thoughts on coronavirus & modern slavery - FreedomUnited.org
This website uses cookies to improve your experience. We'll assume you're ok with this, but you can opt-out if you wish.Accept Read More
Skip to content
Back to Global News 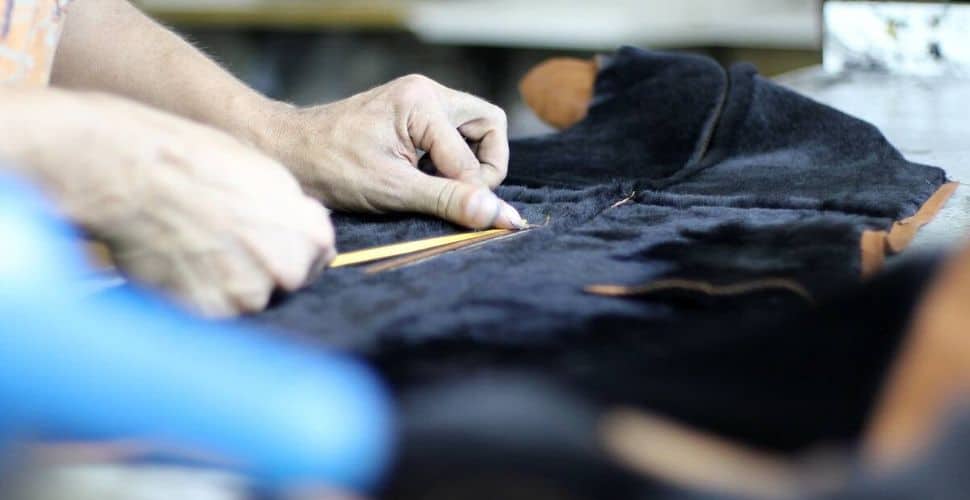 It’s hard to deny that the effects of coronavirus or Covid-19 are wide-reaching, as drastic attempts to reduce its impact become ever more widespread. But what about the impact on modern slavery?

Like many areas of life, the coronavirus has affected the effort to fight it – next week’s My Story, My Dignity workshops are cancelled as is a planned 107,511 strong petition hand-in, led by Payzee Mahmod, to the British Prime Minister at 10 Downing Street.

As a direct result of measures to control the spread of the pandemic, the factors that make people vulnerable to modern slavery are increased; victims are at a greater risk of contracting COVID-19; as well as the disruption to our efforts to fight modern slavery.

The manufacturing sector is named as particularly vulnerable to modern slavery. Where the type of work is known, manufacturing is estimated to be the third most common sector in which victims of forced labour are found in the private economy.[1]

Whilst stock reduction of toilet paper and longlife foodstuffs is caused by the perceived impact of the virus on our everyday lives, the enormous demand for masks [2] and hand gel [3] is being met in part by prison labour, raising concerns that the effort to curb the spread of the pandemic is thanks to conditions that could amount to modern slavery.

More broadly, anyone linked to the manufacturing business is acutely aware of the direct correlation between the coronavirus outbreak and production.

Goods and components originating from the world’s workshop – China, where the outbreak began at the turn of the New Year – have been running dry as strongly enforced quarantine measures affected migrant workers upon whom factories rely, causing a contraction in the Chinese economy.[4]

Sweatshop conditions and China has become synonymous in the public’s imagination. However, the scale of forced labour has gained much wider attention in recent months since the exploitation of tens of thousands of people of the Uyghur minority was revealed to the world in a report by the Australian Strategic Policy Initiative.[5]

The report explained that Uyghurs were sent to factories around China as part of a state-sponsored ‘re-education’ program. It says the workers “lead a harsh, segregated life”, meanwhile new factories are being built in the historically less accessible Western region of China.

Has this highly controlled enslaved ‘workforce’ be picking up the slack? What about once restrictions are lifted and pressure is on to address backlogged orders?

The effect of purchasing practices on forced labour has been widely explored. Short lead times, irregular orders, late changes and price pressures by retailers create conditions that push suppliers to squeeze workers for more hours, leading to forced overtime under threat of non-payment of wages, and subcontracting which can lead to unscrupulous operations using forced labour.

The likely increased pressure on quantities, and even price to make up for losses incurred as a result of reduced supply caused by the coronavirus, makes an eventual increase in the use of exploitative labour entirely plausible.

And it is not just manufacturing. Agriculture is another high-risk industry because it is low-paid, seasonal, temporary, and labour intensive. The isolated, rural nature of agriculture makes working conditions hard to monitor, one of the reasons it attracts undocumented migrant workers, who are particularly vulnerable to being exploited.

Cases of migrant workers trapped in modern slavery on Italy’s southern tomato and citrus fruit farms have been widely reported. Italy is currently in a nationwide lockdown with travel restrictions and a ban on public gatherings, and the majority of businesses instructed to close.[6]

The measures to attempt to control coronavirus are inevitably an additional pressure for farmers to contend with when securing labour for their crops, which won’t wait. There is little scope for slack and as the large numbers in modern slavery around the world shows, the default approach is to protect profit and further exploit labour.

Any negative impact of coronavirus on modern slavery is likely to be exacerbated by the increased emergency control measures introduced by governments that inevitably leave the most vulnerable at greatest risk.

Some countries have adopted measures to mitigate the impact of isolation requirements, such as improving access to statutory sick pay. This will not help those who do not have the right to work.

Already poor workers, who struggle to support themselves especially through a period of no pay, will be in a more desperate position and so more likely to take risks that might lead them to being held in modern slavery.

However, demand for labour is anticipated to shrink as the coronavirus’s impact on markets spreads globally, which it might reasonably trickle down to demand for forced labour.

What is clear is that like much else, modern slavery is almost certainly not immune to coronavirus, the economic downturn and new restrictions are likely to further squeeze wages and labour just when we need to jump on momentum for people to be put before profit.

Many thanks for writing this; a useful insight at this time.