Call on the UK to end child marriage 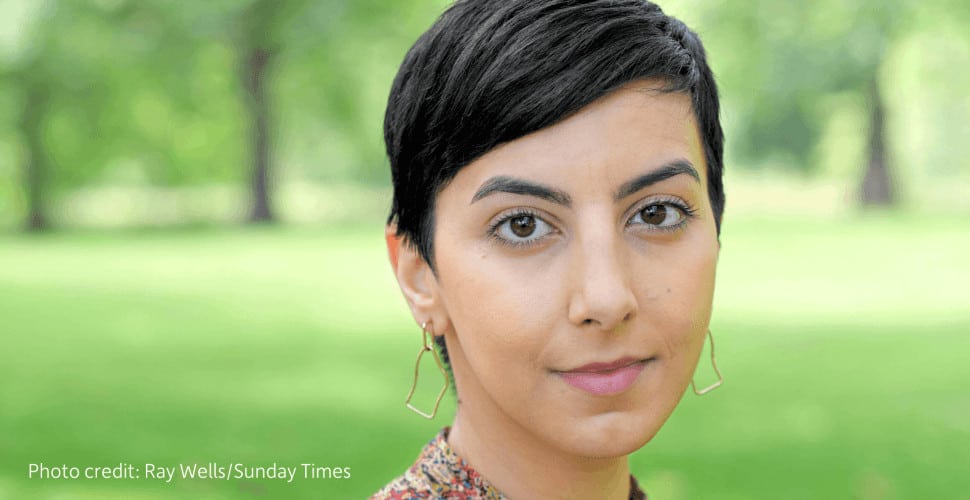 “I didn’t realise it at the time what it was [an exploitative marriage] but I feel it was mental abuse that stayed with me for many years. He would use my age against me and said I was too young to make my own decisions.”1 Payzee Mahmod, talking about her experience of coerced child marriage.

Payzee Mahmod is now a fashion designer and campaigner to end child marriage. Both Payzee and her sister, Banaz, were pressured into marriage in the UK at just 16 and 17 years old. Banaz was later murdered at the age of 20 in a so-called “honor” killing for leaving her abusive husband.2 Payzee was eventually able to divorce her husband who was 12 years older than her – but the lasting effects of her experience of child marriage stay with her.

Despite cases like Payzee’s and Banaz’s, the law continues to leave children unprotected. In England and Wales 16- and 17-year olds are currently allowed to marry with parental consent, a legal exception that leaves children vulnerable to parental and familial coercion to enter into a marriage against their will.

That’s why we’ve joined a coalition of organizations urging the UK to protect children by making child marriage a crime.

The Marriage and Civil Partnership (Minimum Age) Bill would raise the legal age of marriage in England and Wales to 18 to better protect children from the risks associated with child marriage.3 Data from the Office of National Statistics shows that the number of people getting married aged 17 and under has fallen. Just 179 of these marriages were registered in 2016 showing that as whole, the majority of society no longer wants child marriage.4 But statistics only capture part of the picture, overlooking unregistered religious or cultural marriages, or child marriages that take place abroad. Many child marriages are never reported which means that there is little data available on the true extent of all child marriage, including coerced, in the UK.5

We are urging the government to support this Bill and ensure it is given time to be properly debated. The UK worked hard to ensure the inclusion of child marriage within Goal 5 of the Sustainable Development Goals (SDGs). This is a timely opportunity to bring domestic legislation in line with global commitments to end child marriage under target 5.3 of the SDGs.6

Since Conservative MP Pauline Latham initially introduced the Bill in 2018, it has gathered support from both Labour and Conservative parties including from current Home Secretary Priti Patel and former Shadow Secretary of State for Women and Equalities, Sarah Champion. Now is the time for all political parties to continue their support for this Bill and ensure the UK aligns itself with its international commitments.7

Often, a child is unable to recognize a marriage as forced until many years later, despite clear indicators such as:

It is clear that existing laws do not go far enough. Children living in their family homes are vulnerable to being influenced and coerced into accepting a marriage. They may be victims of coercive control.

Banning child marriage will help stop putting children in a situation where they have to speak out to be safe. Instead, children will be automatically protected from the risks associated with child marriage through virtue of being under the age 18.

Payzee’s story highlights why there is a clear need to strengthen laws to protect girls from marriage:

“I was 15 and I remember my Dad asking me to get married, I giggled “I’m so young”. The next time I felt if I said no, it would damage our relationship. I didn’t comprehend at 16 that it was a life-changing decision that actually meant leaving my family and forming my own. I didn’t understand the consequences.

I remember thinking Oh My God, he looks old, he was losing his hair. I was just hoping he wouldn’t want me, that he’d say, “she’s just a baby!”

I had to quit college for a bit because my husband complained that I wasn’t caring for him, cooking for him. He said to my parents, “she needs to have a baby”. It made me feel sick.

I was 16 and I ended up pregnant. I didn’t fully comprehend it, all I knew was that I didn’t want a baby.

I did not choose child marriage, it ruined my future. It led me astray from my dreams of focussing on my education, it took away the best years of my life. I’ll never again be that innocent 16-year-old.

I am 100% backing changing the age of marriage because I can confidently say it was not an experience for a 16-year-old to go through. I have lifelong emotional scars from it and we need to put a stop to any more young women having their lives controlled like this.”8

No child should risk their lives and futures as a result of marriage. Take action and demand the UK to step up and ban child marriage to prevent stories like Payzee’s and Banaz’s from repeating themselves.

Dear Payzee, I´m seeing your ted talk. I am so deeply hurt for your story. I´m from Argentina. Here girls are abused and no adult will make anything to help them. Although, child marriage here is not happening up to my concern, girls enter in adult life because of other reasons, and again, many adults surrounding who will do nothing to protect them. Thanks for your testimony. Excuse my english. A long time I do not use it.

Today they discuss a topic that millionaires and billionaires should pay taxes..or because they hide the money to different countries to bank so they don’t have to pay taxes….its another problem why the poor dont have basic needs proabbly.

Yes maybe they should ask some governments, human rights organizations, to set some law rules etc..
Even people who live in “better” countries with human rights where only problem is political-economical and corruption, even they suffer from depressions. but they have some options of psychology and mindfulness like Goldie Hawn´s programs, to solve stress with meditation ….. But for some countries its even worse if they dont have feeling of safety.

It is evident in your directness that you have been through a rough life too, Mariana. I am saddened by your distress and apparent lack of freedom from the society surrounding you. To have no one to step into an abusive act and denounce it is cruel. If I were there I would step in. Have faith that someone will eventually step in. Someday I am sure you can be that someone and that when you do step in others will join you to stop injustice against women and girls in Argentina and around the glo

That is so kind

Why do civilized countries tolerate the idiotic misogynist practices of third-world swamps?

It’s time to become civilized when it comes to child marriage and make this horrible practice COMPLETELY illegal everywhere! My country, Norway, only reached this point in June last year. A shame that it wasn’t reached a LONG time before that!

There is no religious or cultural excuse for child marriage. All the forces of the law should be brought to bear also on honour killing. This is primitive and misogynist, no buts no excuses.!

Payeez, Ur father took Ur consent before marrying U off. But a minors consent is no consent. The whole Country went wrong there itself. I stand in support of your cause. Go to UN ring the bell there. and address from there.

Call on the UK to end child marriage

The current law in England and Wales allows 16- and 17-year olds to marry with parental consent, a legal exception that leaves children vulnerable to parental and familial coercion into child marriage.

Data from the Office of National Statistics shows that the number of people getting married aged 17 and under has fallen. Just 179 of these marriages were registered in 2016 showing that as whole, the majority of society no longer wants child marriage. But statistics only capture part of the picture, overlooking unregistered religious or cultural marriages, or child marriages that take place abroad. Many child marriages are never reported which means that there is little data available on the true extent of all child marriage, including coerced, in the UK.

Child marriage can be both a cause and consequence of trafficking and modern slavery, impacting the lives of millions of girls around the world. The UK worked hard to ensure the inclusion of child marriage within Goal 5 of the Sustainable Development Goals (SDGs). This is a timely opportunity to bring domestic legislation in line with global commitments to end child, early and forced marriage under target 5.3 of the SDGs and to strengthen the UK’s leadership in combatting trafficking and modern slavery globally.

We are urging you to support proposed legislation to criminalize child marriage and ensure it is given time to be properly debated.

We have also partnered with Change.org and 214,585 signatures have been collected there.