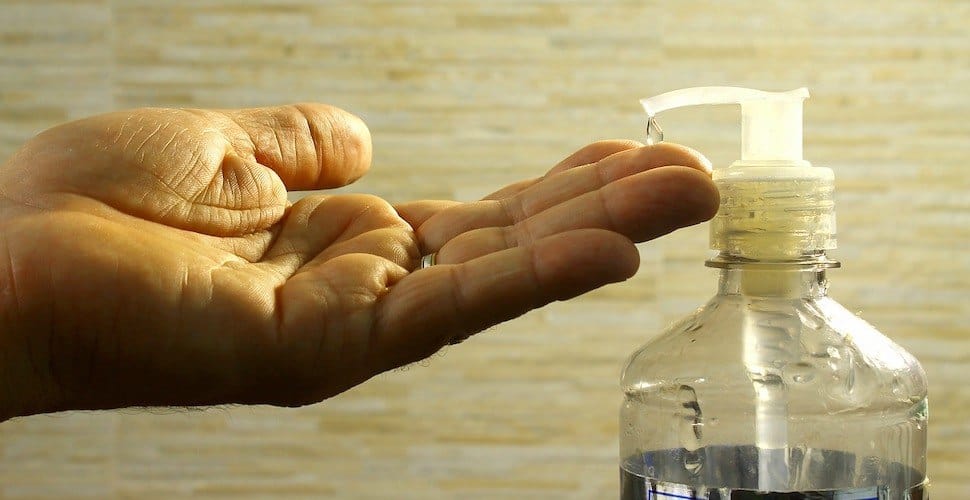 New York state has announced new measures to cheaply produce large quantities of hand sanitizer to combat its worsening coronavirus outbreak. But the plan has been widely criticized for relying on prison labor.

The ongoing global outbreak of COVID-19 has led to widespread shortages of alcohol-based hand sanitizer in New York state, which has among the highest number of confirmed cases in the country.

The new plan, announced by state governor Andrew Cuomo in a news conference on Monday, will tackle the shortage by providing up to 100,000 gallons (378,541 liters) of state-made hand sanitizer to New York’s most impacted communities.

But activists, politicians, and ordinary citizens have decried the use of a system that many argue amounts to modern slavery to tackle the spread of COVID-19, calling the scenario “dystopian.”

Perhaps most ironically, hand sanitizer is considered contraband in New York prisons because of its high alcohol content, leading many to question whether inmates will even be allowed to use the product themselves.

At Monday’s news conference, Cuomo proudly pointed out the antibacterial gel would cost just $6 a gallon to produce. Liberal politicians and advocates for criminal justice reform quickly realized why it was so cheap and excoriated the governor for relying on “slave labor” to slow the spread of the virus.

“Wow,” tweeted Rep. Ayanna Pressley (D-Mass.) “Considering that many incarcerated men & women are subjected to inhumane conditions, including no hand soap, & hand sanitizer is banned in most prisons, this is especially demeaning, ironic & exploitative.”

Pressley is alluding to the well-documented low levels of sanitation in jails, including broken sinks, lack of soap, and shared toilets, which makes incarcerated people uniquely vulnerable to the coronavirus outbreak.

One inmate reported being punished for taking a squirt of hand sanitizer as she left a doctor’s appointment, receiving verbal abuse and losing certain privileges for more than a week.

According to the International Labour Organization, prison labor is not inherently forced labor, but it may be considered forced if certain indicators of free labor are not present, including wages comparable to free workers, the ability to withdraw consent, and safety and health measures.

The minimum wage in New York ranges from $11.80 to $15 an hour; incarcerated people only receive between 16 cents and $1.30 an hour, with an average wage of 65 cents. Governor Cuomo did not immediately clarify how much inmates would be paid to make the hand sanitizer.

“These individuals work for less than a dollar a day under threat of punishment – including solitary confinement – if they refuse. [New York state] must pay these individuals the minimum wage and lawmakers must legislate to eradicate forced labor across our state for good.”

Freedom United is currently campaigning against forced prison labor in California, which made similar use of emergency prison labor during its wildfire crisis last year.

Add your name today and push for the end of forced prison labor in the US.

I’m more sympathetic with the prisoners than some who’ve commented, though I understand the general point that this is an opportunity to repay something to society. The whole process should be approached with more goodwill – on both sides – so that the prisoners feel uplifted by doing something worthwhile (some may never have had such an experience before). And they most certainly should NOT be denied the sanitizer themselves, though I don’t see why this should be paid labour. I will not sign.

They consume the sanitizer to achieve altered consciousness. They overdo it and paramedics are summoned. Prisoner either adds or receives exposure to Covid-19 at a receiving hospital that is already past capacity. Prisoner returns to correctional facility possibly carrying nosocomial infection. Outbreak at facility and no resources to deal with it…now we’re talking dystopian in the extreme.

Thanks for the info. Soap and water – and keeping one’s distance…. that’s the way to do it. All the best.

We pay for them to be fed and taken care of out of Tax money.They should contribute back to society FREE of Charge will not sign this time sorry.

repay society- make the hand sanitizer! they are prisoners! they have broken laws- let them work and contribute! they get fed and taken care of – that costs money!!!

Inmates who produce the hand sanitizer should be paid more than the usual low wage they receive.
If the sanitizer is banned in prison, then Governor Cuomo should make sure inmates have soap and water.

What is your rationale for paying more than standard prison wages in this instance? I don’t follow your logic…

Great idea to use prison labour. It’s a great way for them to repay their debt to society. But they should also be issued hand sanitiser as well. You would think the screws’ union would back this , as they as just as much as risk as the cons.

The “screws” are corrections officers. Their union is no doubt making sure they have access to and training in PPE (personal protective equipment). That is what will protect them and their families, not barely effective have sanitizer being used as party juice until inmates puke and pass out.