Governor Newsom: Protect trafficking survivors & sex workers from criminalization - FreedomUnited.org
This website uses cookies to improve your experience. We'll assume you're ok with this, but you can opt-out if you wish.Accept Read More
Skip to content

The Safer Streets for All Act will stop survivors of trafficking and sex workers from facing a criminal record simply for walking on the street. It will repeal Section 653.22 of California’s penal code — a harmful law that criminalizes loitering for the intent to engage in prostitution. In practice it does little more than harm survivors of trafficking and is applied disproportionately against cis and trans women of color, often working in the sex industry.

But there is a path to stopping this harm: supporting SB 357, the Safer Streets for All Act by State Senator Scott Wiener. The bill has already passed out of the State Senate and Assembly, meaning the final step is for California Governor Newsom to sign it into law.

Rather than targeting traffickers, Section 653.22 has the effect of making their crime easier to commit. As our partner CAST emphasizes, “A core tenet of human trafficking is that traffickers utilize force, fraud, and coercion to control their victims. We replicate these circumstances when we threaten survivors with prosecution under this law [which]  […]  shows survivors that they cannot trust our systems, that they are not there to protect them.”1

The threat of amassing a criminal record poses extreme challenges for trafficking survivors in rebuilding their lives. Trafficking survivors report being unable to secure employment, obtain stable immigration status, or access housing, which leads to poverty and homelessness, both key drivers of vulnerability to trafficking.2 Crucially, the Safer Streets for All Act addresses this by giving survivors of trafficking and sex workers the power to clear their names.

Imagine walking down the street and simply being arrested for what you look like. Police are currently able to arrest individuals for “speaking with other pedestrians or being in an area where sex work has occurred before […or] wearing revealing clothing”,3 making the arrest dependent on a police officer’s subjective assessment of whether a person is intending to engage in sex work. This has led to disproportionate and discriminatory arrests of transgender, Black, and Brown communities. In Los Angeles, Black adults accounted for 56% of the charges under the loitering law despite only making up 9% of the city’s population. Similarly, in Compton, Black adults accounted for 72% of those charged under Section 653.22 despite only comprising 31% of the population. Cis and trans women comprised 100% of these arrests.4

Signing the Safer Streets for All Act into law can set national precedence. We have already seen New York State repeal a similar 1976 anti-loitering law, commonly referred to as “Walking While Trans.”5 California can follow New York’s lead and set an example for the entire United States in reducing harm to trafficking survivors and sex workers.

Within California, the United States, and globally, non-punitive responses to sex work are critical for survivors of trafficking to be empowered to seek support, secure in the knowledge that they will not be criminalized and punished for surviving trafficking.

Add your name to call on Governor Newsom to sign the Safer Streets for All Act into law today!

Very well said and written with clear intent, that it’s important to punish the people who are involved in Trafficking the innocents and not the innocents itself.

Victims of sex trafficking need help from everyone in the society, since it’s not their fault, for what they’re going through or has happened with them. They should be respected with dignity and nothing less.

Other than that, if this policy helps the city with cleanliness and things like that, there’s nothing wrong with it. God bless

1. The way that you’ve bold texted select phrases suggests that action needs to be taken to persuade politicians to do something – yet they are already enacting an exception via SB357 to the problematic law!
2. Also, you misuse “sex work” in your text.
3. Are these really trafficking “survivors”
If they are still being made to sell sex on the streets
4. You need to compare arrest of BIPOC to their numbers in sex trade and not general population.
*What are we chipping in for exactly?

Hello, The Safer Streets For All Act which has successfully passed out of the legislature is due to land on California’s Governor Newsom’s desk soon, which is why we’re calling on the community to show their support by calling on Governor Newsom to sign this bill into law. Donations enable us to use the latest in digital technology and campaigns strategy, working closely with survivor advocates and partner organisations, to develop actions and produce educational tools, enabling the Freedom United community to interact and actively campaign to end all forms of modern slavery globally. Thanks.

This seems to assume every prostitute is a trafficking victim. Making this legal kinda seems like it’d be easier to traffic victims. Sex work is exploitative at its core and immoral at best. You’re far from making a logical case for removing these laws.

This Campaign made an impact with 9,160 supporters! 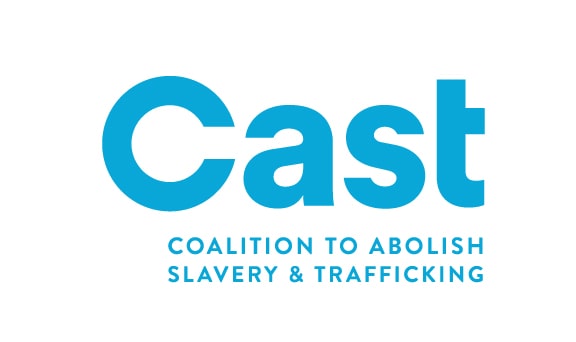