Protect trafficking victims & sex workers from criminalization - FreedomUnited.org
This website uses cookies to improve your experience. We'll assume you're ok with this, but you can opt-out if you wish.Accept Read More
Skip to content 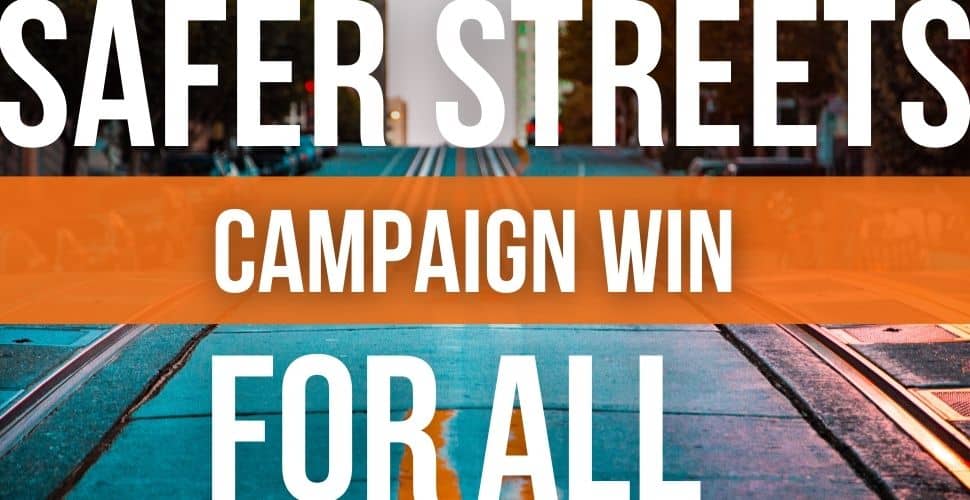 In 2021, we launched our campaign calling on California’s Governor Newsom to sign the Safer Streets for All Act, SB 357, into law. This law would repeal section 653.22 of California’s penal code that criminalizes loitering for the intent to engage in prostitution, targeting victims of trafficking and sex workers.

Freedom United launched a campaign in partnership with CAST calling on California to adopt the Safer Streets for All Act legislation to repeal section 653.22 of California’s penal code and stop victims of trafficking and sex workers from facing a criminal record simply for walking on the street.

Under section 653.22 , police are able to arrest individuals for “speaking with other pedestrians or being in an area where sex work has occurred before […or] wearing revealing clothing”, making arrests highly subjective and discriminatory.

In practice, this law targets victims of trafficking and sex workers, and is applied disproportionately against cis and trans women of color, often working in the sex industry. It also prevents survivors of trafficking from moving on with their lives if they are dealing with the significant challenges posed by acquiring a criminal record.

Crucially, the Safer Streets for All Act gives trafficking survivors the power to clear their names and recover from their experiences.

That’s why Freedom United launched a a public-facing campaign to raise awareness of the need for legislation to protect trafficking victims from arrest and criminalization.

November 2021: The Safer Streets for All Act passes out of California’s State Senate and Assembly, meaning the final step is for California Governor Newsom to sign it into law.

June 20, 2022: Senator Scott Wiener sends the bill to the Governor’s office who then has 12 days to sign the bill into law.

June 21, 2022: Freedom United delivers our petition with 9,151 signatures to Governor Newsom urging him to listen to the thousands of anti-trafficking advocates supporting passage of the Safer Streets for All Act.

July 1, 2022: SUCCESS! Governor Newsom signs the Safer Streets for All Act into law. Thank you to the Freedom United community for calling the Governor’s office and making your voice heard.

On July 1, 2022, California’s Governor Newsom signed the Safer Streets for All Act, SB 357, into law which will go into effect in January 2023. SB 357 repeals an archaic and harmful loitering law, empowering trafficking victims to seek support from authorities and enabling survivors to clear their names after acquiring criminal records. Thank you to the Freedom United community for signing the petition and calling the Governor’s office to make your voice heard.

This is a significant win and makes California a leader in supporting trafficking victims and survivors.

But there is still more work to be done. Within California, the United States, and globally, non-punitive responses to sex work are critical for victims of trafficking to be empowered to seek support, secure in the knowledge that they will not be criminalized and punished for their experiences.

I want to thank Freedom United for the information provided by them, and the supply of petitions which I have signed. This act changes everything for not only people of different sex, sex workers and victims of trafficking, this reflects the mood that California has good politicians americans can count on to render justice.

Well done much needed on a serious situation