Urge California to ensure all its temporary workers are free from slavery - FreedomUnited.org
This website uses cookies to improve your experience. We'll assume you're ok with this, but you can opt-out if you wish.Accept Read More
Skip to content 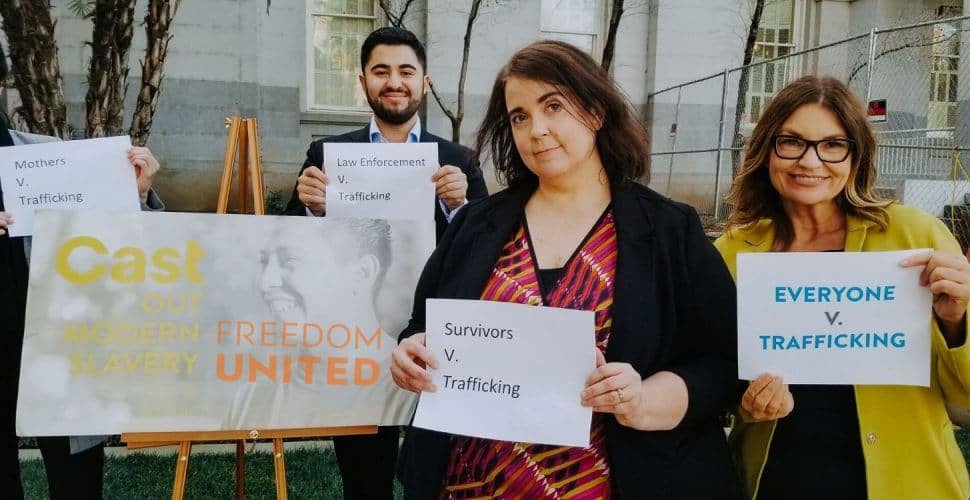 In 2021, we launched our campaign calling on California to protect temporary migrant workers who are too often bound to exploitative work conditions by unscrupulous foreign labor contractors (FLCs). With our partner CAST, we pushed for the passage of legislation that would require FLCs to be registered in California and for working conditions to be disclosed during recruitment.

Temporary migrant workers are vulnerable to unscrupulous FLCs who illegally charge them high fees and bind them to exploitative work conditions.

We launched a campaign to amend the legislation fixing the existing loophole so that no visa category that temporary migrant workers fall under would be left behind. A year later, California Assemblymember Freddie Rodriguez introduced AB364 – a first of its kind bill that would have protected all of California’s temporary migrant workers, which every year number hundreds of thousands of people, from the point of recruitment.

April  2021: AB 364 passes out of the Labor and Employment Committee and the Judicial Committee.

May 2021: AB 364 passes out of the Judicial Assembly Appropriations Committee.

July 2021: AB364 passes in the Senate Judicial Committee! The Committee in its analysis cited the support of big business for the bill.

August 2022: AB364 passes out of the Senate Appropriations Committee and goes to Governor Gavin Newsom’s desk.

September 2022:  Freedom United sends a letter in support of AB364 to Governor Newsom urging him to sign the bill into law.

Our supporters email and call the Governor’s office asking him to adopt AB364.

The office of the bill’s sponsor, Freddie Rodriguez, sends the Governor Freedom United’s petition of almost 37,000 signatures asking for him to pass AB364.

All 5 living former U.S. Ambassadors to Monitor & Combat Trafficking in Persons write to Governor Newsom asking him to pass AB364.

Despite our best efforts, on September 27, 2022 Governor Newsom vetoes AB364 giving reasons which expose a lack of understanding of what it takes to fight forced labor of temporary migrant workers and insufficient commitment to migrant workers’ rights at the highest level in California.

Governor Newsom waited until his time had almost run out to veto AB364. That’s because we made an impact with our two years of advocacy.

Thank you to the Freedom United community for signing the petition, for emailing and calling the Governor’s office and tweeting at the Governor to make your voice heard.

We will continue to advocate for the protection of all temporary migrant workers from exploitation and forced labor.