Join the fight against domestic slavery in Jamaica - FreedomUnited.org
This website uses cookies to improve your experience. We'll assume you're ok with this, but you can opt-out if you wish.Accept Read More
Skip to content
Prev Campaign
Next Campaign 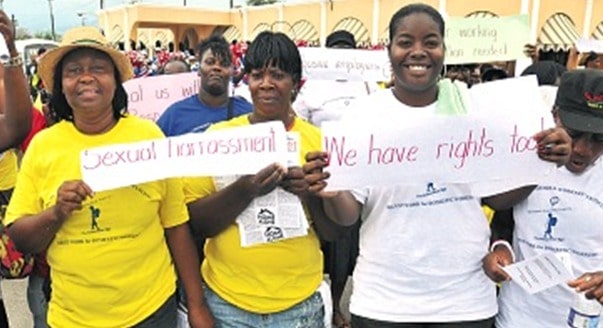 We urgently need your help! The Jamaican Prime Minister has a crucial opportunity to fight domestic slavery by ratifying Convention 189 when he attends the United Nations General Assembly in New York this month. C189 is an international standard to protect domestic workers from exploitation.1

Right now, Holness has promised that he will ratify the Convention, however so did his predecessor.2 Already, there is a lot of support in his government and Jamaican civil society to do so, but we need to encourage him to follow through on his promise. If we get enough signatures, our petition can help make sure Jamaica signs C189.

There are estimated to be 100,000 domestic workers in Jamaica – that’s 9% of the whole population.3 Domestic work is an important source of employment, but the people behind these numbers are too often invisible behind the doors of private households without easy access to worker protections. This makes them more vulnerable to the worst types of abuse, in extreme cases domestic servitude, a form of modern slavery.

One such case resulted in a rare but welcome prosecution. A human trafficker was sentenced to 14 years in prison for forcing a young Haitian girl into domestic servitude and sexual slavery for three years after falsely promising to send her to school.4 This proves Jamaica’s determination to tackle domestic slavery and we urge it to continue its efforts by ratifying C189.

We only have two weeks to make sure Mr. Holness hears us. Please add your voice to our petition now.

This Campaign made an impact with 55,734 supporters!