“Until we win”: Domestic workers’ relentless fight against exploitation - FreedomUnited.org
This website uses cookies to improve your experience. We'll assume you're ok with this, but you can opt-out if you wish.Accept Read More
Skip to content
Back to Global News
Tuesday June 14, 2022

“Until we win”: Domestic workers’ relentless fight against exploitation

“[With the Freedom United] petition I feel like I have people behind me. I feel so strong. […] I feel like people are starting to hear our voice. […] And I hope we don’t stop there, we need to do more and more until we win.” – Lucy Turay, domestic worker campaigner and founder of Domestic Worker Advocacy Network

Domestic work is a part of all our lives. Domestic work is childcare, cleaning, looking after the elderly, providing care for those who are ill, cooking, maintaining a home. Domestic work is difficult, requires long hours, is often undervalued and underpaid – and it is absolutely essential to keep our societies running. If all domestic workers worked in one country, this country would be the tenth largest employer worldwide. Yet, of the estimated 75 million domestic workers around the world, the vast majority – over 80% – are informally employed, thus excluded from social and labor protections.

Combined with the isolated nature of domestic work that often takes place in private households behind closed doors, workers are at heightened risk of exploitation, trafficking and abuse. Many domestic workers are women who belong to marginalized, racialized and migrant communities. Those who are migrant workers are also subject to restrictive immigration requirements around the world that tie their immigration status to their employers, driving a power imbalance that perpetuates conditions of exploitation.

International Domestic Workers’ Day is a chance to take stock of the impressive organizing domestic workers around the world are undertaking to demand their rights through different mechanisms – one of them being the ILO’s Domestic Workers Convention. Also known as C189, this convention was negotiated in 2011 to provide domestic workers with the same rights as other workers.

C189 marked a milestone in the domestic workers’ rights movement and is the first international standard recognizing the value of domestic work as labor by setting out obligations on states to ensure domestic workers are protected from abuse and exploitation, and that they “enjoy fair terms of employment as well as decent working conditions” amongst other measures. To date, only 35 countries have ratified the Convention, and in those countries that have, effective implementation remains a priority for domestic workers.

Over 89,000 in the Freedom United community are bolstering the call from domestic workers on governments around the world to ratify C189 and better protect domestic workers from exploitation.

Explore below what challenges domestic workers are facing in the U.K., Lebanon, and the Gulf states, how they’re organizing for their rights, and what the Freedom United community is doing to amplify their efforts.

Migrant domestic workers in Lebanon are excluded from the country’s labor law and are instead governed by the kafala system, a sponsorship system whereby the workers’ right to work and live in the country is tied to their employer.

The exploitation of domestic workers is inevitably facilitated under these conditions. Employers are secure in the knowledge that their employee cannot leave their employment without risking detention and deportation, and so an extreme power imbalance drives exploitative labor conditions while leaving migrant domestic workers with little recourse to grievance and justice mechanisms.

Pressure has been building on Lebanon’s Ministry of Labour to address this unjust system governing labor rights that positions domestic work as an undervalued form of labor, despite the dependence on domestic workers who perform some of the most vital work in our communities.

Lucy Turay, a former domestic worker and founder of Domestic Worker Advocacy Network, is leading an open letter to Lebanon’s Ministry of Labour calling on Lebanon to end the exploitative kafala system and ratify the Domestic Workers Convention to ensure domestic workers are better protected from forced labor, trafficking and abuse. Over 14,000 in the Freedom United community have signed the open letter but we must keep up the pressure. Add your name to the letter today.

In 2012, the U.K. Government introduced the tied visa, which prevents overseas domestic workers from changing employers. The tied visa increases the risk of domestic slavery because trying to escape from exploitative situations could mean facing arrest, removal from the U.K., or even further exploitation.

A survey carried out by Freedom United partner organization, the Voice of Domestic Workers, found that in the U.K.:

Prior to the 2012 change, domestic workers from overseas would be allowed to change employers and, after five years, apply for secure immigration status in the U.K. known as indefinite leave to remain. Eventually, this group of workers would also be able to apply for full U.K. citizenship.

The conditions under this original Overseas Domestic Worker visa meant that migrant domestic workers had the power to leave abusive employers and find alternative employment without risking becoming undocumented.

But in 2012, the system changed for the worse. Migrant domestic workers were only able to enter and work in the U.K. on a six-month non-renewable visa, with their immigration status tied to their employer – in the Middle East, this is commonly known as the kafala (sponsorship) system.

Furthermore, there would no longer be a route to settlement for migrant domestic workers in the U.K.

The Freedom United community has been campaigning for years alongside domestic workers in the U.K. urging for the restoration of migrant domestic workers’ rights. We’re not giving up. Join the campaign today and let’s keep pushing the government to do the right thing.

Domestic work is an important source of employment in the Gulf but the people behind these numbers are too often invisible behind the doors of private households and unprotected by national legislation.

“The prohibition on the exercise of the right to freedom of association and to bargain collectively serves as a major obstacle to preventing situations of forced labour and to improving wages and working conditions. Migrant domestic workers will continue to have difficulty in asserting their rights and promoting their interests without trade unions to defend them.”

Tougher rules to protect domestic workers are long overdue. By sending a message to the government of your country today you can help start a domino effect toward all countries implementing protection measures offered by the Convention. At the time of writing, Spain’s government voted to ratify C189 becoming the ninth EU Member State to do so.

There’s still a long way to go but if enough of us continue to stand by domestic workers and demand better from our governments, we can create the political will for governments to act. Join the campaign today!

” Domestic work … is absolutely essential to keep our societies running ” The operative word here is “essential ” . A lesson was learned around the world during the pandemic – ‘ essential ‘ workers pulled us through . Not just the doctors and nurses but the care givers and yes the domestic workers equally, were so essential . The momentum for recognition, safe working conditions and adequate compensation and above all stopping exploitation is here . Let’s together seize the moment ! 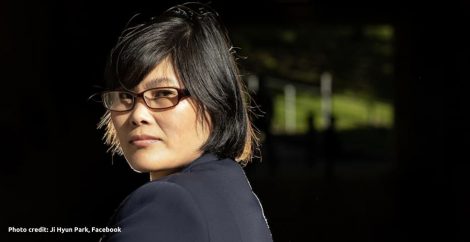