Publix Super Markets and the Fair Food Program  - FreedomUnited.org
This website uses cookies to improve your experience. We'll assume you're ok with this, but you can opt-out if you wish.Accept Read More
Skip to content

To convince Publix Super Markets to sign the Fair Food Program, guaranteeing that tomatoes sold in their stores are slavery-free.

The Fair Food Program is working to enforce a policy of zero tolerance for slavery on tomato farms, fighting against large farms where countless workers are held against their will, threatened with violence, forced to haul hundreds of heavy tomato buckets a day, and all for little to no pay. This petition campaign was launched to tackle forced labor and exploitation of workers on Florida’s tomato farms. However, one major U.S. supermarket chain, Publix Super Markets, has refused to support the Fair Food Program, continuing to buy tomatoes from growers that are not partners of the Fair Food Program. This is despite the fact that their CEO previously signed the Fair Food Program while CEO of Taco Bell.

Despite the signatures from 99,151 advocates, as well as continued pressure and campaigning from our partners at the Coalition of Immokalee Workers, Publix has still refused to sign the Fair Food program. We continue to be vigilant in monitoring abuses and looking for opportunities to bring about positive change.

Florida’s tomato farms supply 50% of all fresh tomatoes in the United States.

The Coalition of Immokalee Workers (CIW) is a worker-based human rights organization internationally recognized for its achievements in the fields of social responsibility, human trafficking, and gender-based violence at work. Built on a foundation of farmworker community organizing starting in 1993, and reinforced with the creation of a national consumer network since 2000, CIW’s work has steadily grown through three initiatives: the Fair Food program, Anti-Slavery Campaign, and the Campaign for Fair Food. 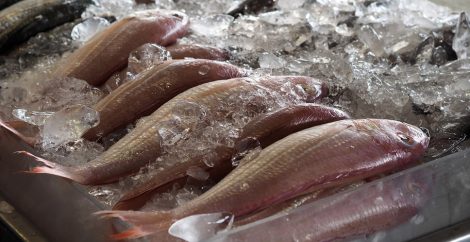