Zimbabwe Strives to End Child Marriage - FreedomUnited.org
This website uses cookies to improve your experience. We'll assume you're ok with this, but you can opt-out if you wish.Accept Read More
Skip to content
Back to Global News 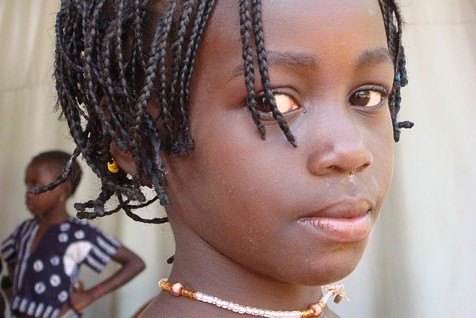 Zimbabwe outlawed child marriage this year, but many families continue to allow it if they receive a payment.  That, however, may now cause them trouble with the law…

For example, when Oriditsi became pregnant, she was only 15.  Her grandmother guardianJudith demanded a bride payment from Oriditsi’s boyfriend who was older.  She said, “I survive on a very small pension. It would not have made sense to look after my granddaughter when we all knew who was responsible for her pregnancy.”

But since Zimbabwe is pushing to end child marriages, parents and guardians like Judith could face problems.

An estimated one third of girls are married before the age of 18, according to UNICEF. Child rights campaigners describe child marriage as a form of child abuse which deprives girls of an education, increases the likelihood of sexual violence, and puts them at risk of death or injury in childbirth. In January this year Zimbabwe’s Constitutional Court ruled that no one in Zimbabwe may enter into any marriage, including customary law unions, before the age of 18. But with child marriage still entrenched in remote mining and farming areas, Vice President Emmerson Mnangagwa told parliament this week that amendments to legislation will now target parents and guardians who accept bride prices.

The Vice President said, “The Act should make it an offence for a guardian or other person to enter into a lobola agreement or other customary arrangement or ceremony in respect of a person under the age of 18.”

Many believe that poverty is the reason there are so many child marriages.  Parents are eager to see their young daughters marry, so that they have fewer mouths to feed and this money, the pride price, can help them financially.  But by amending laws, parents and guardians could face higher sentences.   Some girls are actually married at under 10-years-old.

A teacher named Portia Ndlovu said, “It’s a welcome move, but as long as families are hungry and older men prey on young girls, the law alone will not protect our children.”

[…]Wonderful story, reckoned we could combine a couple of unrelated data, nonetheless actually worth taking a appear, whoa did one particular understand about Mid East has got far more problerms too […]