Vacatur Laws Help Victims - FreedomUnited.org
This website uses cookies to improve your experience. We'll assume you're ok with this, but you can opt-out if you wish.Accept Read More
Skip to content
Back to Global News

Vacatur laws help victims of human trafficking.  Nina [not her real name] was 14 when she ran away, met a woman who put her into the hands of pimps who verbally and physically abused her in order to force her to do sex work which gained them big profits…

By the time Nina was recognized by authorities as a victim, she had been arrested and convicted of 52 crimes–mostly prostitution, which sent her to a juvenile center and to jail.  The question is:  Should Nina have a criminal record? 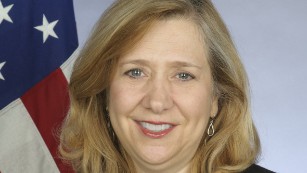 The ramifications of a criminal record are very real — whether for a survivor of sex trafficking who cannot get a job or rent an apartment because of prior arrests for prostitution; a domestic worker who has fled her abusive household and needs protection but instead is penalized for violating U.S. immigration laws; or those forced by organized criminal groups to produce, transport, and sell drugs. This is a reality many local governments and law enforcement officials are grappling with because of the growing awareness about human trafficking, also known as modern slavery, and an understanding of who the victims are. We now know that some of the very people being criminalized are those that need the most protection. Recently, I spoke at the National Association of Attorneys General winter meeting in Washington D.C. in support of vacatur laws for trafficking victims convicted of nonviolent crimes committed as a direct result of their victimization.

Many believe that these laws are needed.  Since the Trafficking Victims Protection Act was first enacted in 2000, there has been much progress.  Many states are doing away with a victim-centered approach .

All of our states have laws now that make human trafficking a crime.  There are also task forces to help encourage effective policies to combat it.  Good thinks have come out of collaboration between prosecutors and law enforcement and service reps. Victims of slavery shouldn’t be held as criminals for their participation in unlawful acts that make them victims.