British Documentary May Have Missed the Mark - FreedomUnited.org
This website uses cookies to improve your experience. We'll assume you're ok with this, but you can opt-out if you wish.Accept Read More
Skip to content
Back to Global News 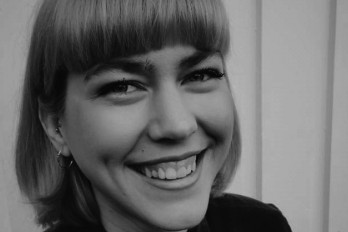 British Documentary May Have Missed the Mark

British documentary, Britain’s Secret Slavery Business, is about today’s slavery issues in the UK.  It highlights stories about situations of current human trafficking, and it shares several accounts of some male survivors.  But according to the author of this article, Hanna Gunnarsson who is a feminist, activist, and social commentator, this British documentary completely failed to incorporate the voice of female survivors and their experiences…

She expressed shock, sadness, and disappointment at BBC Two decision to broadcast it.

The organisation Modern Slavery estimated that in 2013, two thirds of the potential 10,000 – 13,000 victims of slavery in the UK were women. Free the Slaves’ figures show that women and girls make out 55% of slavery victims globally. To exclude women’s experiences in a documentary set out to generally discuss modern day slavery is problematic to say the least. The documentary specifically highlights the exploitation of labour in factories, fishing trawlers, car washes in London, and farms. Some brave male individuals shared their horrific experiences with Darragh MacIntyre; stories which are incredibly important to share with the general public.

MacIntyre explained the backgrounds of the men he interviewed.  One was a Hungarian factory worker.  Another was an English autistic man.  The final two were a Polish car washer and an Indonesian fisherman. Butm complains Hanna, the the analysis did not go any further than that. I then ask myself, how can you on behalf of a national network discuss modern day slavery and not even touch upon the experiences of women?

How can you reject any intersectionality analysis as to how everyone’s gender, nationality, disability, class, caste, race, religion, physical and mental health, sexuality affects and amplifies your experience of modern slavery?

To read this editorial about MacIntyre’s documentary, Britain’s Secret Slavery Business, click on the link below.