Youngest Victim of Billionaire Jeffrey Epstein Was Just 14-Years-Old - FreedomUnited.org
This website uses cookies to improve your experience. We'll assume you're ok with this, but you can opt-out if you wish.Accept Read More
Skip to content
Back to Global News 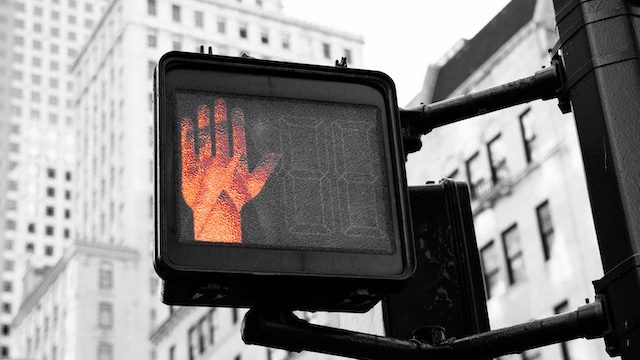 New York billionaire financier Jeffrey Epstein has been charged with sex trafficking following accusations that he sexually assaulted dozens of underage girls at his mansion in the Upper East Side.

Federal prosecutors charged Epstein with running a sex-trafficking operation that lured dozens of underage girls, some as young as 14, to his New York home and a mansion in Palm Beach, Florida.

He is accused of engaging in sex acts with minors during naked massage sessions and paying them hundreds of dollars. He also asked some of these girls to recruit others.

“In this way, Epstein created a vast network of underage victims for him to sexually exploit in locations including New York and Palm Beach,” read the indictment.

He is charged with sex trafficking and sex trafficking conspiracy. He faces a combined maximum sentence of up to 45 years in prison if convicted. Prosecutors are also seeking the forfeiture of Mr. Epstein’s townhouse on East 71st Street.

The new charges are a revival of a yearslong case against Mr. Epstein, who faced similar accusations involving girls who told the police they were brought to his mansion in South Florida and assaulted.

That case unraveled in 2008 after Mr. Epstein was offered a secret plea deal by federal prosecutors, one of whom is now in President Trump’s cabinet.

In the era of #MeToo, Mr. Epstein’s case had remained stubbornly unresolved. For years, women have accused Mr. Epstein, in civil lawsuits and in complaints to the police, of preying on them when they were underage. Still, for more than a decade he was shielded from federal charges by his secret plea deal.

This case has also brought Donald Trump’s Labor Secretary, Alexander Acosta, into the spotlight as he had a role in facilitating Epstein’s plea deal.

When Acosta was United States attorney in the Southern District of Florida, he privately met with a lawyer for Mr. Epstein, and his office allowed Epstein’s team to dictate many of the plea deal’s terms.

In February, a federal judge ruled that Florida prosecutors had broken the law by not keeping Mr. Epstein’s victims informed of the plea deal. The Justice Department has also opened an inquiry into how the case was handled.

That sick freak should be given the death penalty he’s a predator, all of his billions should be seized all of his property’s and valuables, cars paintings every thing this freak owns!!!! Sold and the proceeds given to his victims!!!

and why wasn’t he stopped a long time ago? Because so many other men in power andprivilege were involved.This is the height of misogeny

not just men, plenty of woman helping with it

I agree, a jail sentence , in this case would only allow this perverted predator to sit & relive his exploits & abusive behavior. The death penalty, some would say, is too good for him, his victims have to relive his perversion on a daily basis, why let this freak revel in his crimes.

While I think he’s a pig, these girls kept coming back and taking his money and now they are making money by suing him. This happens all over the country he is not the only one, it could be your neighbors. He is dead now so that is that, the madams he hired were looking to make money so they lured girls in too, they are also disgusting pigs.

This is a truly disgusting form of child exploitation, continuous rape and abuse while the dreadful piece of filth continues to buy children to have sex with. Take him to court and freeze his disgusting money!

Is it true that he committed suicide in jail?? I think it’s very supspicious…

Quite shocking that Epstein got away with this for so long. Those girls may be damaged psychologically for life. They deserve a large financial compensation for what he did to them both psychically and mentally. Was all about power and abuse and taking advantage!

MY UNDERSTANDING THE THE NATIONAL SOCIALIST REPUBLICAN PARTY OF TRUMP FOR RICH AND POWERFUL SAYS TRUMP’S WAS 13.

OMG…i guess you will understand why I am glad to be a Canadian,eh? it is utterly despicable what the powerful and elite have done;are continuing to do to women and girls.Clinton,Epstein; prince Andrew; …and who else:Mr.Trump….