The Young Girls Enslaved in Bangladesh's Brothels - FreedomUnited.org
This website uses cookies to improve your experience. We'll assume you're ok with this, but you can opt-out if you wish.Accept Read More
Skip to content
Back to Global News 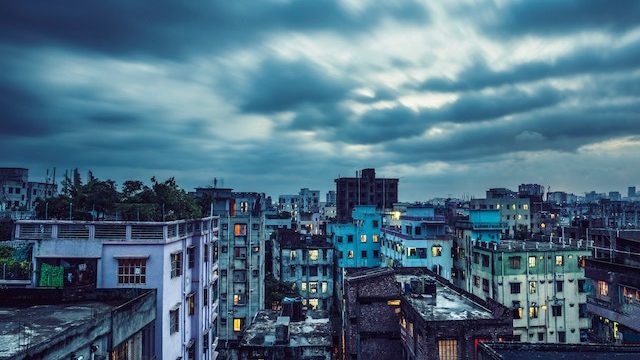 Thousands of underage girls have been sold by traffickers into brothels in Bangladesh according to new reporting from The Guardian. Many of them are trapped, told they cannot leave until they pay back fabricated debts and threatened if they attempt to run away.

One girl interviewed explained that, “The madam who bought me said that I had to pay her back. She’d bribed the police to say I was 18 [the legal age for a registered sex worker] and told me I owed her more than £914. Then she confiscated my phone and locked me in my bedroom. She said that she’d hurt me if I tried to run away.”

Eventually she stopped trying to run away. “They always find you,” she said.

As part of this investigation, more than 20 underage girls in four of the brothels showed us their notarised certificates stating they were over 18. One girl admitted she was still 13. “It’s law enforcement, it’s the local mafia,” says Mahmudul Kabir, Bangladesh country director for the Netherlands-based NGO Terre des Hommes. “And it goes through the entire chain of power.”

“The Bangladeshi police know everything that takes place in the brothels,” says Azharul Islam, programme manager of Rights Jessore, a local non-governmental organisation working to rehabilitate trafficked children working in the sex trade and return them to their families. “The brothel owners are involved in gangs, and our political leaders and law enforcement are involved in those gangs, too.” Corrupt government officials profit by accepting bribes and sexual favours in exchange for turning a blind eye to the abuse.

The steady stream of women and children being trafficked into Bangladesh’s sex industry means that the girls are disposable to those making money out of them. The numbers killing themselves has reached a point where at least two brothels in central Bangladesh – Kandapara, on the on the outskirts of Tangail, and Daulatdia, on the banks of the Padma river – have had to built private graveyards to cope with the dead.

Prostitution is legal in Bangladesh, legalized in 2000 following the outcry over the year-long detention of 100 sex workers by police. However, human trafficking laws that should protect girls trafficked into brothels are failing due to poor enforcement and abysmal conviction rates.

Although more than 6,000 people have been arrested in connection with human trafficking since 2013, only 25 have been convicted. Last year, only 8 people in the entire country were convicted for trafficking.

I believe there is a God, I truly do, but sometimes I have to ask him WHAT HAVE THESE CHILDREN DONE to have to suffer this terrible fate, this cruel trade in the flesh of innocent little girls is an evil that clouds all of us in its sin, if the police are corrupt and the government is corrupt what chance do these innocents have, this story has caused me much distress to read and know I can do nothing about it.

Paulette Harvey: You state “… and know I can do nothing about it.” I feel this way too often with so many contemporary crises we are becoming aware of. It is so disheartening! For what it’s worth – (and
perhaps this IS God speaking via this organization!) there is a box at the bottom of the article
which says “Chip in and help end modern slavery once and for all.”. This might well be a way in which you (or any compassionate human among us) could do something.

Dear Annie you are of course right, and if everyone was to put in say £5.00 then a vast war chest would be available to combat this horrible horrible infliction on society and the victims, and it only takes one to start the ball rolling, yes I have sent money (£20.00) by post as I do not use my cards online, I sincerely hope I am not alone in this, for the sake of these victims of mans bestiality.