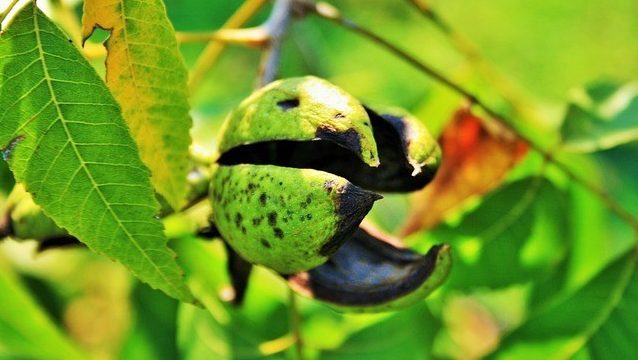 A judge has ordered a Utah contracting company to pay $1 million in unpaid wages to 104 children of the Fundamentalist Church of Jesus Christ of Latter-Day Saints who were subjected to “oppressive child labor.”

Paragon Contractors and its owner, Brian Jessop, used children from the sect — an offshoot of mainstream Mormonism — as unpaid workers on pecan farms from 2008 to 2013.

The children complained being cold, being given limited access to toilets, and being required to work to keep their families in good standing with the Fundamentalist Church of Jesus Christ of Latter-Day Saints.

The ruling follows a 2018 order for Paragon Contractors to put $200,000 into a fund for back wages for victims. This new ruling says Paragon must add an additional $813,000 to the fund within a month.

US District Judge Tena Campbell on Tuesday ordered the company, who she said displayed a ‘clear pattern of oppressive child labor’, to pay back the money within 30 days.

Labor officials said the majority of the children worked an average of six days a week and about three months each year. Authorities believe the kids were pulled out of school to work at the farm.

The practices were described by former child workers and captured by news cameras during a harvest in 2012.

Paragon previously argued the children volunteered with their families to pick up fallen nuts for the needy.

Despite the positive ruling, one of the challenges for labor officials has been finding victims as the church did not keep a record of children working for them.

Following the 2018 ruling, officials put set up a hotline, posted flyers in and around Hildale and Colorado City, and did public service announcements on radio and TV in Utah. 135 people responded, and 104 were determined eligible.

Judge Campbell explained this approach was needed “because the names and ages of the children who worked for defendants were largely unknown (they were members of an elusive, closely-knit polygamous group in Hildale, Utah, and Colorado City, Arizona).”

I have no personal knowledge of this or other specific situations involving child agricultural labor. But I would beware linking it with slavery. Harvest time has always required a greatly increased contingent of labor, and in former centuries the modern need for education did not exist–so child labor has been important throughout agricultural history. Balancing conflicting pressures of reality admits of no formulaic slogans.

Chattel labor is outlawed by the 14th admendment, except for convicted criminals. What crimes did these children commit & where are records of their convictions??
Traditions need to change when they are contrary to human rights nowadays!!

I did not deny the reality of real child slavery. But to compare chattel labor (slave labor) by adults with the stewardship of parents over children is foolish, even in cases–as through most of history–where contribution to the family economy has been needed for the family’s wellbeing and even survival. Yes, conditions change–but slowly, especially in some parts of the world. And precious little change has yet been possible in getting nature to change its harvest-times, with all hands needed

Nowadays many crops can be mechanically harvested…

Every polygamous cult such as FLDS should be outlawed all over the world. These cults are not about religion. They are about sex. Their female and children members are nothing but modern day slaves. There is a limit to freedom of thought! Enough is enough!

It sounds like you’re more upset about their sexual habits than what was done to the children.

The Professor’s point about agricultural needs is well taken, and having grown up in a rural area, a lot of children benefitted from berry picking and other seasonal farm work that gave the kids work for wages. Using mechanical devices are not always the answer, and deprives laborers the chance to work. This particular event is different in that the kids were obviously exploited.

Amen (so to speak). It is too bad that our knowledge of history and logic is wasted on ignorant ideologues such as Ms. Craigie.