With 53 Dead, Libya Considers Shutting Migrant Detention Centers - FreedomUnited.org
This website uses cookies to improve your experience. We'll assume you're ok with this, but you can opt-out if you wish.Accept Read More
Skip to content
Back to Global News 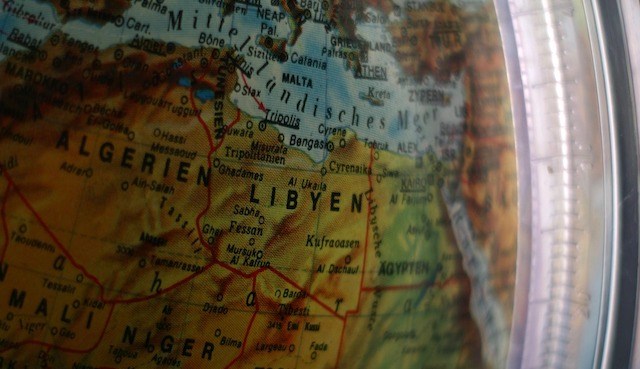 An airstrike that targeted a migrant detention center in Libya may be the turning point for thousands of detained migrants and refugees stuck in the country.

With 53 people killed in the attack, the Libyan authorities are now considering releasing the 3,800 migrants being held and shutting the detention centers, which have linked to human trafficking, forced labor, and disappearances.

“We are currently discussing the option of closing the reception centres and freeing the illegal migrants out of concern for their safety,” interior minister Fathi Bashagha reportedly said in a meeting with UN humanitarian coordinator Maria Ribeiro.

The UN has warned for months that refugees and migrants should be evacuated from the conflict zone.

A brief it issued after Wednesday’s attack cited reports that guards protected the facility opened fire on some of the migrants while they were attempting to flee the site.

The Associated Press cited two of the migrants who survived the attack saying they had been forced by the armed group controlling the site to prepare weapons for the militia.

“As this horrific incident demonstrates, all individuals inside these centres are at imminent risk, as they are held against their will and have no means of seeking safety on their own,” the UN briefing said.

Libya has long been a transit point for refugees and migrants trying to reach Europe by crossing the Mediterranean. Italy and other European countries responded by paying Libyan authorities to keep migrants from reaching European waters, and in turn returning them to Libya’s migrant detention centers infamous for abuse.

Despite global outrage over the airstrike, the UN Security Council failed to condemn the bombing due to protests from the United States.

This marks a change in White House policy in that the US is seemingly siding with Khalifa Haftar’s Libyan National Army, which is backed by the United Arab Emirates, Saudi Arabia and Egypt.

Haftar is suspected to be behind the airstrike on the migrant detention center, and his backers are attempting to seize control of the capital from forces loyal to the UN-brokered Government of National Accord in Tripoli.