After Escaping ISIS, Yazidis Face Sex Traffickers in Baghdad - FreedomUnited.org
This website uses cookies to improve your experience. We'll assume you're ok with this, but you can opt-out if you wish.Accept Read More
Skip to content
Back to Global News 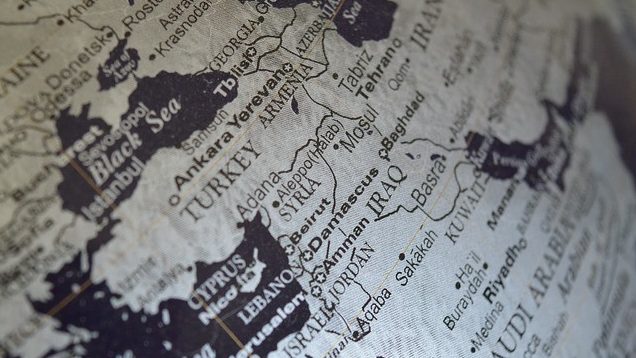 Nadia (not her real name) was living in Sinjar in northern Iraq in 2014 when ISIS subjected thousands of women and girls like her to sexual slavery. Part of the Yazidi ethnic minority, women like Nadia were prime targets of ISIS fighters.

Yet Nadia managed to escape, fleeing with her family to an IDP camp in Iraqi Kurdistan. It was there that she met a man who she believed to be providing humanitarian aid for other Yazidis.

When Nadia received a letter from an NGO supporting her application for asylum in the US, she asked this “friend” to take her to the embassy in Baghdad. But Nadia would not make it there.

On the road to the capital, she sensed something was wrong. “He kept stopping to talk on the phone and send messages,” she told CNN.

“I said, ‘Take me back, I want to go back.’ He said, ‘No, it’s ok, it is about a group of Yazidi girls I freed from Fallujah, they are waiting for us in Baghdad.'”

When they arrived in a rundown Baghdad neighborhood, notorious for its drug gangs, the unthinkable happened. The old man, who her friend had told her was a parliamentarian, greeted them in a dilapidated building. “He said to me, ‘You are mine now, you are mine now.'” He was the head of a sex trafficking gang.

Nadia was shocked. The friend she had trusted all along — with her money and with her fears — had sold her into sexual slavery.

Nadia tried to run away but was repeatedly caught by her traffickers, beaten as punishment. After months of suffering, a group of men rescued her, taking her to a hotel run by Yazidis and eventually reconnecting her with her family.

According to many experts, human trafficking is a severe problem in refugee camps across Iraq, with agents from trafficking networks promising to resettle refugees from Kurdistan.

“When you look everywhere, there are victims,” Dr. Ali Akram al-Bayati, a member of the Iraqi High Commission for Human Rights, who says there is a lack of awareness of what’s happening behind closed doors.

“If you are talking about human trafficking, of course when you investigate you will see some of the officials who are involved in that,” al-Bayati said.

“Whether they are higher or lower officials, of course it’s not in their interest to reveal all the facts.”

This report makes me sick, haven’t these people suffered enough, I have read many reports of sick men prowling the camps looking for girls and women offering the poor refugees to buy their daughters for” marriage” there are brothels in Lebanon that are full of these “wives” also in Turkey, girls sold by daesh are secreted into this hell for the almighty dollar. This is the modern world, and I detest it.

This is the slavery topic we should be addressing here in the U.S. Not the nonsensical reparations politi-speak.

Wasn’t CNN a cheerleader for the Iraq Invasion because they had WMD’s? Or was it because Saddam was a brutal dictator? Didn’t Saddam starve 500,000 children? Or was that the Clinton Administration with Madeline Albright starving Iraqi children and cheering it on.

This is the slavery subject we should be talking about in the U.S. Not nonsensical reparations politi-speak.