World Refugee Day: 122 Detained, Abused Migrants in Libya Evacuated to Niger - FreedomUnited.org
This website uses cookies to improve your experience. We'll assume you're ok with this, but you can opt-out if you wish.Accept Read More
Skip to content
Back to Global News 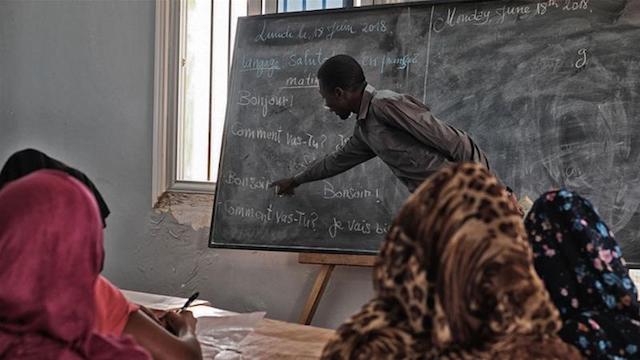 On World Refugee Day, the chief of the United Nations’ high commissioner for refugees flew from Tripoli in Libya to Niamey, Niger’s capital. 122 abused African refugees, primarily from Eritrea and Somalia, were on the same flight.

Just a few hours earlier, all of the migrants had been detained in one of Libya’s more than 30 official migrants detention facilities that are notorious for their horrendous abuses and ties to human traffickers.

Related: Do you want to see justice for trafficked refugees in Libya? Act now.

The evacuation of these refugees is part of a new UNHCR program called the “Emergency Transit Mechanism,” where the most vulnerable of 53,000 refugees registered by the UN in Libya will be transferred to 18 transit houses in Niger. From there, they will wait to be resettled in Europe or North America.

Al Jazeera spoke with one refugee who keeps a notebook to cope with the abuses she suffered in Libya:

As one of the most recent cases to be evacuated from Libya to Niger, in late May 2018, 33-year-old Ammy, a mother who requested not to use her full name, has an entire notebook of stories to tell.

She is Eritrean and as she arrives at the UNHCR hub in the Issa Beri central district, she holds the book tight in a plastic bag.

“I write every day, it helps me to overcome what I’ve been through”, she says.

The stores, she explains, are “houses or former industrial facilities where refugees are locked by traffickers”. In 10 months, she went through more than a dozen.

Every time, she and her companions were beaten, abused and asked for more money to continue the travel.

Processing asylum claims in transit countries like Niger, Chad, and Libya is theoretically a good idea according to Bram Frouws, head of the Geneva-based Mixed Migration Center, as “We need to prevent people from taking dangerous routes through the Sahara and the sea.”

However, he added that besides refugees, there is a missing narrative on irregular migration of African migrants to Europe and their vulnerability to traffickers.

“Many are job-seekers, and they actually find work in Europe, in tomato fields in the south of Italy for example.”

For these people, “the only alternatives to traffickers are measures to introduce seasonal working visas and other forms of legal entry to the EU,” he said.

Next Steps: Join our campaign to end Libyan slave markets.