The World is Failing Yazidi Women Forced into Sex Slavery by ISIS - FreedomUnited.org
This website uses cookies to improve your experience. We'll assume you're ok with this, but you can opt-out if you wish.Accept Read More
Skip to content
Back to Global News 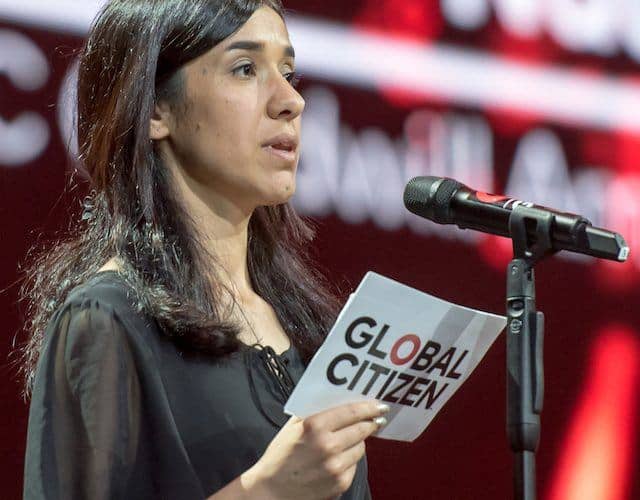 The world is failing to help Yazidi women who have been forced into sex slavery by ISIS in Iraq and Syria according to the Yazda, an NGO dedicated to helping Yazidis recover from trauma. The charity says that some 3,000 women have still been unaccounted for in the region.

Murad Ismael, the executive director of Yazda, explained that Yazidi women and girls have been brainwashed or killed in captivity, while those that escaped struggle to survive with no income or identity papers.

“Every inch of these women’s body and soul is broken,” said Ismael. “And yet the international system is failing to embrace them and help them return to normal life.”

“These girls, they just want to resume school, go back to normal. But they’re not given any income or support so many of them have to be a father and a mother to their siblings, in addition to being a survivor.”

The Yazidi, a religious sect whose beliefs combine elements of ancient Middle Eastern religions, are regarded by Islamic State as devil-worshippers.

Thousands of women and girls of the Yazidi faith were abducted, tortured and sexually abused by IS fighters who invaded their homeland in northwest Iraq, in 2014.

The militants were driven out a year ago, but most Yazidis have yet to return to their villages and nearly 3,000 women and children remain in captivity.

Ismael, who is due to speak at the Trust Conference on modern slavery in Brussels this week, noted that Yazda used to receive over 100 women and girls who escaped each month, but that number has dwindled to just five or six victims.

“The pace of rescues is slowing down because many of these women have already been killed or brainwashed by their captors.”

Baroness Nicholson, founder and chair of the AMAR Foundation, which provides education and healthcare in the Middle East, stressed that leaders of world religions must move to recognize the Yazidi faith.

“Unless this is done, they will continue to be considered by some – quite wrongly – as devil worshippers, giving vile people the excuse they need to attack them,” she said.