World Day Against Child Labor - FreedomUnited.org
This website uses cookies to improve your experience. We'll assume you're ok with this, but you can opt-out if you wish.Accept Read More
Skip to content
Back to Global News 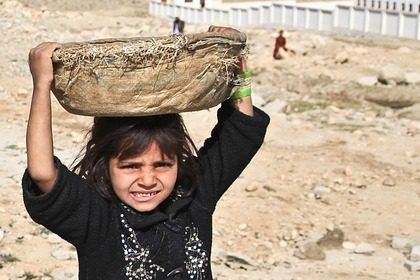 World Day Against Child Labor.  June 12th.  The International Labour Organization defines child labor as “work that deprives children of their childhood, their potential and their dignity, and that is harmful to physical and mental development.”

This article gives 25 reasons why we should support the World Day Against Child Labor.

1. The World Day Against Child Labor began in 2002 and is observed on June 12 every year in order to raise awareness of the plight of children who are forced to work.  (Source)

2. The International Labor Organization says there are now about 168 million children around the world who are engaged in labor. (Source)

4. Most American have little knowledge of the issue of child labor.  (Source)

5. There has been improvement in identifying and alleviating the conditions that lead to child labor internationally. (Source)

6. Child labor among girls has been reduced 40 percent in that same span, compared to a 25 percent drop for boys. (Source)

7. Although there have been improvements, this problem should be a priority for all countries.  Half off all working children are exposed to hazardous job conditions.  (Source)

8. Many children who are forced to take part in armed conflicts, either as child soldiers or kidnapped or sold as sex slaves or servants for soldiers and militia. There are approximately 300,000 child soldiers. (Source)

10. Nearly 60% percent of all working children – 98 million – work on farms that produce rubber, cotton, cocoa, coffee and other crops. (Source)

To read all 25 reasons why we should all recognize and promote the World Day Against Child Labor, click on the link below.