World Cup Child Trafficking Rescue Saves 10 Nigerian Kids - FreedomUnited.org
This website uses cookies to improve your experience. We'll assume you're ok with this, but you can opt-out if you wish.Accept Read More
Skip to content
Back to Global News 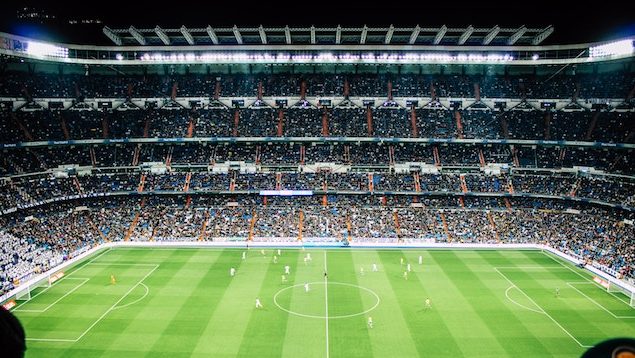 Nigerian authorities have rescued 10 children — 9 girls and 1 boy — from being trafficked from Lagos to Moscow for the upcoming World Cup.

The victims were found trying to board a plane at Lagos’ Murtala Mohammed International Airport. They had been given World Cup supporter ID cards to look as though they were headed to the tournament in Russia. Russia is allowing spectators to enter the country with just a World Cup ticket and fan pass.

Five suspects have now been arrested, including a policeman and a quarantine officer, for facilitating their travel according to the National Agency for Prohibition of Trafficking in Persons.

The children, who were unaccompanied, are now in a shelter for victims of trafficking which run by the National Agency for Prohibition of Trafficking in Persons (NAPTIP).

Five other potential victims, also children, were stopped from boarding a flight to Russia when staff noticed they had one-way tickets.

Criminals have been pressurising young Nigerians and their parents to take advantage of the World Cup to get Russian visas, NAPTIP says.

NAPTIP says that these children are likely to be exploited by traffickers upon leaving Nigeria.

Thomson Reuters Foundation reported that NAPTIP’s director Julie Okah-Donli issued a statement saying, “The agency will not give traffickers any opportunity to use the World Cup to ferry Nigerians out into a life of misery abroad.”

Across Europe, many African victims of human trafficking come from Nigeria. The UN Migration Agency says that the majority of sex trafficking victims in Italy are Nigerian women.

I bet them kids were gonna be sold to perverts. I hope there is a nasty hole in a Siberian gulag to throw the traffickers into for the rest of their lives.