World Cup 2022: Qatar's Workers Treated Like Slaves - FreedomUnited.org
This website uses cookies to improve your experience. We'll assume you're ok with this, but you can opt-out if you wish.Accept Read More
Skip to content
Back to Global News 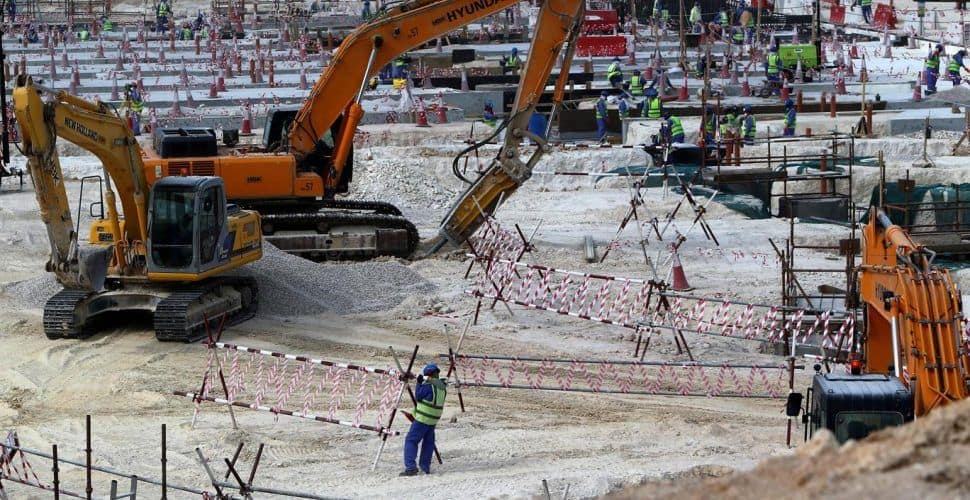 Imagine that you are living in rural Bangladesh when an acquaintance in your town approaches you with a job offer to work abroad in a clerical job. He says everything–your passport, medical, paperwork, and transport–will be covered and that you’ll be paid more money than you have ever seen in your life. You’ve heard the horror stories, but you know this guy and after all, you’re doing this to help your children.

Upon arrival in Qatar, you find that the goalposts have shifted; you’re now working on a construction site, 12 hours a day, 6 days a week in excruciating heat. Your passport gets confiscated and you’re told that you now owe a $2000 recruitment fee and the cost of your flight to Qatar. You can’t quit and you cannot leave the country.

Sadly, this story is one of thousands like it. You might be wondering why more workers don’t speak out, and one reason is that it’s nearly impossible to do so safely. When a UN delegation talked to a Nepali worker and he openly spoke about exploitation he was summarily fired from his job.

Life in Qatar is isolating for migrant workers, many from South Asia, as they are segregated from Qatari society and public spaces. Some malls and markets in Doha, for example, have been designated as “family zones”–in effect, for Qataris and Westerners only. The Independent explains:

“[Qatar] is the country that will throw open its arms and host the biggest footballing party on Earth. The 2022 World Cup is a tournament being built on a graveyard of human bodies, to prop up a society founded upon the most basic type of racism. Qatar’s gamble is that the wider world, distantly absorbed in its own problems, won’t care enough to make it stop. It’s a gamble they’re winning.”

So what can you do about all of this? Follow the money. Understand how World Cup money flows back into football associations, how businesses support and benefit from this exploitation. After all, “the first step to solving any problem is to see it, recognise it, understand how it fits into the world we inhabit.”

Why is the U K government so silent? And the opposition. Soeak ip, May and Corbyn.

Sali
Reply to  A Strangeways

As they have nothing to gain from it otherwise you would have heard on Fox News etc… “Qatar producing weapons of mass destruction”….”Qatarians under dictatorship rule”…. The country is run under the western monetary system so no need to go to war with them even though these people are pushed into slavery

The World Cup must not be allowed to take place in Qatar. FIFa together with the United Nations should make sure these poor people can go back to their own country

Same story but here in Kenya its girls in domestic labour in teh Middle East including Qatar.

It is a shame. How is it possible that the whole world knows about it nothing is done?