World Cup 2022: Qatar still a "playground for unscrupulous employers" - FreedomUnited.org
This website uses cookies to improve your experience. We'll assume you're ok with this, but you can opt-out if you wish.Accept Read More
Skip to content
Back to Global News 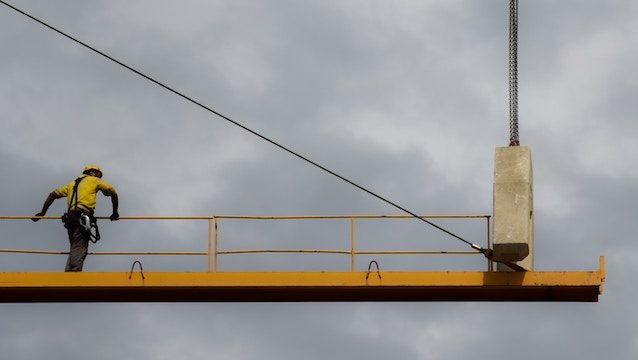 Despite promises to reform and ensure abused migrant workers have access to remedy, new research from Amnesty International reveals that hundreds of migrant workers in Qatar have given up on receiving unpaid wages, returning home penniless.

Amnesty’s report, All work, no pay: The struggle of Qatar’s migrant workers for justice, documents how workers employed by three construction and cleaning companies have not received justice, despite Qatar setting up committees aimed to quickly resolve labor disputes.

“Despite the significant promises of reform which Qatar has made ahead of the 2022 World Cup, it remains a playground for unscrupulous employers,” said Amnesty International’s Deputy Director of Global Issues, Stephen Cockburn.

“Migrant workers often go to Qatar in the hope of giving their families a better life; instead many people return home penniless after spending months chasing their wages, with too little help from the systems that are supposed to protect them.”

The committees have been so inundated with complaints, and have so few judges, that workers are forced to wait months for their cases to be processed. Even when compensation is awarded it is often not paid, and Qatar has so far failed to launch the support fund it promised in October 2018.

Since March 2018, Amnesty International has followed the search for justice of more than 2,000 people working for Hamton International, Hamad bin Khaled bin Hamad (HKH) and United Cleaning after the companies stopped paying their wages for several months, citing financial difficulties, before ceasing operations and ending their contracts. The companies were working on a range of construction projects and cleaning contracts.

At least 1,620 of these workers submitted complaints to the new Committees for the Settlement of Labour Disputes, which were introduced in March 2018 as part of a series of reforms Qatar has promised to make to improve workers’ rights in partnership with the International Labour Organization. According to a US State Department report, the committees received more than 6,000 complaints in 2018.

While some of them were eventually given part of what they were owed by their employers in exchange for dropping their cases, most went home with nothing. None of the workers received compensation through the committee system.

By law, these Qatari committees must make a decision on a complaint within 6 weeks, yet Amnesty found that workers were having to wait between three and eight months. While they waited, workers had to live in labor camps lacking decent food and running water, going unpaid until their case was resolved.

On top of this, even if a worker wins their case in committee, that doesn’t guarantee that their employer will pay them the full amount owed; in many cases workers had to lodge a new complaint in civil court to force employers to pay.

One worker from India, Bijoy, explained that he had to make the difficult decision to forego pursuing a case against his employer for the $3,750 he was owed because his father fell ill back home.

“I have to forget the money and go…I am forgetting this because I want to see my father.”

Very disturbing. These migrants deserve to be paid, and Qatar must do more to help them.