Why Survivors of Slavery Need the Right to Work - FreedomUnited.org
This website uses cookies to improve your experience. We'll assume you're ok with this, but you can opt-out if you wish.Accept Read More
Skip to content
Back to Global News 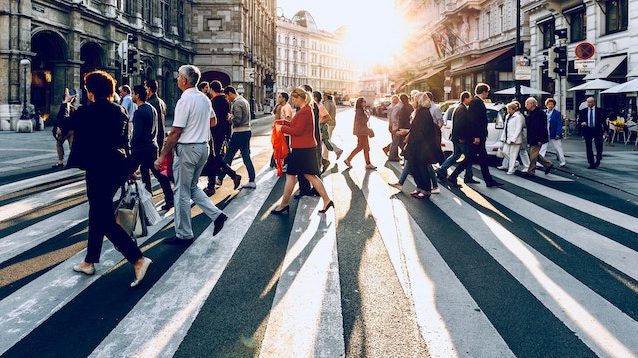 Why Survivors of Slavery Need the Right to Work

“Banning people from working denies them the basic right of living in dignity.”

These are the words of Maurice Wren, Chief Executive of the Refugee Council, in an op-ed for The London Economic. In it, Wren highlights that those who apply for asylum in Britain — including survivors of moderns slavery — are barred from working.

Related campaign: Give victims like Nancy a chance to recover

These asylum seekers are only able to apply for the right to work after they have been waiting for a decision on their asylum claim for more than 12 months, meaning they have to figure out a way to survive until then.

A select few of these people will be granted permission to find work, but their options are severely limited to a very narrow list of highly skilled professions included on the Government’s Shortage Occupation List – jobs like classical ballet dancer, ‘nuclear medicine practitioner’, and ‘geoenvironmental specialist.’ This means that the likelihood that people will actually be able to find work is slim to none.

There are many strong arguments for righting this wrong: the fact that it strengthens people’s chances of being able to integrate into their new communities; the fact it would give people the opportunity to use their skills and make the most of their vast potential; the positive impact it would have on the mental health of people in the asylum system; the fact that it would help challenge what are serious issues around forced labour, exploitation and modern slavery.

Wren tells the story of one asylum seeker she met, Diana Flores Gallardo. She had been an outspoken activist and law student from Bolivia, but when her activism put her at risk of being arrested by the authorities she sought safety in the UK.

Diana waited 8 whole years to be granted asylum in the UK. That meant tight years of living off just £5.39 a day.

Asylum seekers who are victims of modern slavery, fearful of their traffickers tracking them down in their country of origin, live in this same limbo, not knowing what the next day will bring.

“I had been a very outspoken and confident person back home, someone who spoke up and out for other people, someone who had no fear,” said Diana.

“It was so different when I was in the UK – I felt like I was just a reference number, that I had no role, no purpose, no opinions…that I didn’t matter. I just felt that I was worth less than everyone else.”