Trump Administration Cuts Legal Funding for Victims of Trafficking - FreedomUnited.org
This website uses cookies to improve your experience. We'll assume you're ok with this, but you can opt-out if you wish.Accept Read More
Skip to content
Back to Global News 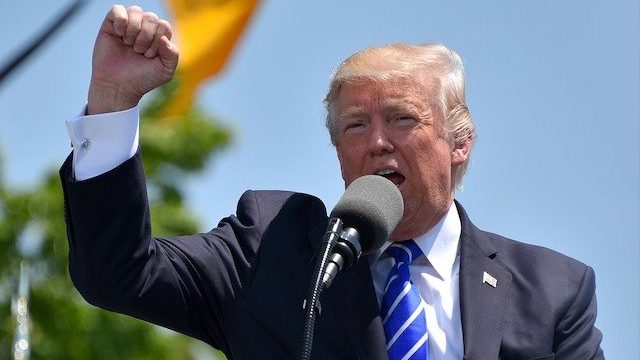 It has become even harder to survivors of human trafficking to clear their criminal records for crimes they were forced to commit.

The Trump administration, through the Department of Justice, has ordered that federal funds no longer be used to provide legal assistance for victims of trafficking hoping to vacate their records.

The sudden changes “fly in the face of the spirit and plain language” of laws passed to help trafficking victims, according to four top Democrats on the House Judiciary Committee. They are demanding an explanation from Attorney General William P. Barr.

“Trafficking survivors who have criminal records,” said Jean Bruggeman, executive director of Freedom Network USA, “are unable to get access to affordable housing, employment in the career of their choice, higher education, because they continue to have to explain and discuss a criminal record that was unfairly put upon them in the first place.”

“From speaking with people within the [Justice] Department, this was not a recommendation from the staff [of the Office for Victims of Crime],” she added. “This was something that came from the top, from the political side.”

Child sex trafficking survivor Beth Jacobs, now a victims advocate, told the National Survivor Network that she couldn’t rent an apartment in her name, couldn’t have her name on the mailbox and sometimes had to hide from landlords because background checks by property management firms found her criminal record. “It’s horrible to live that way,” Jacobs said.

Congress recognized this problem years ago and, around 2004, passed legislation that specifically provided funds for lawyers to seek both vacaturs — which clear convictions — and expungements, removing convictions from permanent records, Bruggeman said. State court systems have various ways to vacate and expunge convictions, but experts said it requires a lawyer to successfully navigate the paperwork, hearings and assorted legal hurdles of each system.

But suddenly last year, the Justice Department’s Office for Victims of Crime inserted this line into its grant applications for aid to trafficking victims: “Direct representation on vacatur or expungement matters through court filings or through other litigation services, is NOT an allowable cost under this cooperative agreement or with FY 2018 funds.” Other programs for trafficking victims are still being funded.

Nat Paul, policy director of the National Survivor Network, said it appeared the government was changing it stance on clearing records, changing it from a civil process to a criminal matter. She also noted that male victims of human trafficking are often charged with drug and gun crimes.

These are the types of crimes that prosecutors and judges may be less willing to clear compared to a female victim of sex trafficking who was charged with prostitution.

As Rep. Jerrold Nadler (D-N.Y.), chairman of the House Judiciary Committee, stressed, “Congress had made it clear that victims of human trafficking deserve the opportunity to reclaim their lives.”

Trump is causing more damage and hurting more people than Hurricane Donald – er – Dorian. Oscar Wilde’s Dorian Grey made a deal with the devil too.

Trust Trump You must be joking e9bZF

Stop the illegal crossings and It will stop human Trafficking.
A little common sense, we can’t just do business as usual, it doesn’t solve anything!

Unbelievable. No far sighted plan, just look good in the media initially and then desert these poor people. Screwy thinking.