No Water, No Wife: How Climate Change is Linked to Trafficking - FreedomUnited.org
This website uses cookies to improve your experience. We'll assume you're ok with this, but you can opt-out if you wish.Accept Read More
Skip to content
Back to Global News 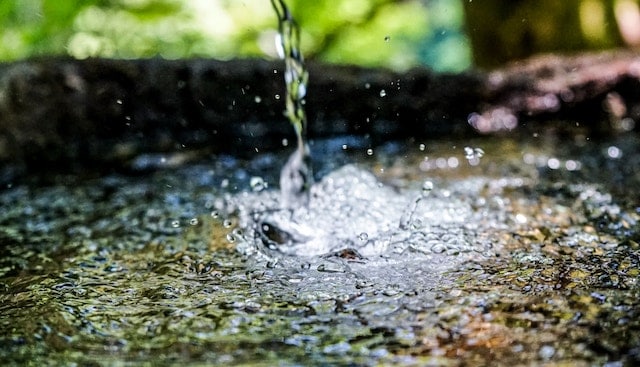 No Water, No Wife: How Climate Change is Linked to Trafficking

“The parents usually tell me ‘no water, no daughter’,” said Hetu.

The 42-year-old farm laborer in rural Bundelkhand in central India has been out of luck in finding a wife. The reason?

Wells have dried up, forcing villagers to walk for miles to fetch water. It means that parents are rejecting would-be suitors for their daughters, fearing that allowing their daughter to marry will land her in financial ruin.

“Parents fear their girls will spend the rest of their days fetching water,” explained Hetu.

As Thomson Reuters Foundation reports, the effects of climate change are clear. And they are also opening the door to human traffickers:

Farmer suicides over failed crops and crippling debt have left “drought orphans” and widows, who often fall prey to traffickers looking to push them into prostitution, said Singh.

And with so many men desperately seeking wives, traffickers find opportunities to lure prospective brides into the region from other states, he and other activists said.

In water-scarce Chhatarpur district, scores of men have married women from nearby Odisha state.

Three women told the Thomson Reuters Foundation that a “tout” found them and promised a perfect match – a man with land and a concrete house with an adequate water supply.

“But that wasn’t the case. Back home, water came from taps. Here it is all hand pumps. Water tankers don’t come … No one had told me that things were so bad,” said Rina Pal, 30, who came to Chaukheda village 12 years ago.

Normally Bundelkhand receives 52 days of rainfall a year. But it has faced severe droughts as the number of days of rain has more than halved since 2014.

“Water is everything. It is a currency. If you have it, you have everything, including a wife. If not, you have nothing,” explained Dhaniram Aherwal, head of Bangaon village’s water council.

The droughts have caused two in five people from rural Bundelkhand to become urban migrants in the past decade. “If things continue this way, Bundelkhand will be known as a land of bachelors,” noted Keshav Singh, an environmentalist at the India Water Portal.

Migrating to a city hasn’t been an option for everyone, including Rajendra Litoria, who cares for his elderly parents. He still holds out hope that the hundreds of dollars he has paid marriage scouts will pay off.

“Who will take care of me when I’m old? … Who will I leave my land to? … Who will perform my last rites?” he asked.

“I worry all the time but I haven’t lost hope. I still believe I will get married.”

Water is Life . Why don’t the MEN walk miles to the source then with buckets of water on a sled walk home whilst the women tend to children, cooking, etc etc?? Silly question I know-

In India, male farmers usually have a lot to do–plowing the fields, sowing the crops, harvesting the crops, taking crops to market, etc. When they can, men also haul water in containers in trucks or carts. Men and women usually work in tandem, with many tasks to perform by everyone, including children.

They’d rather commit suicide, abandoning their families to traffickers.

Right – Men – fetch your own water and get a wife who will appreciate a modern man who defies primitive gender bias and abuse. Water councils need to come together and pressure your ‘democratic’ government to take heed and do something to address the problem. India is doomed if they don’t do something about climate change anyway.

If humankind spent as much time, energy and money working to solve all the world’s issues…this would be paradise. But humans are clearly un-evolved.