Cyntoia Brown Freed at Last in Tennessee - FreedomUnited.org
This website uses cookies to improve your experience. We'll assume you're ok with this, but you can opt-out if you wish.Accept Read More
Skip to content
Back to Global News 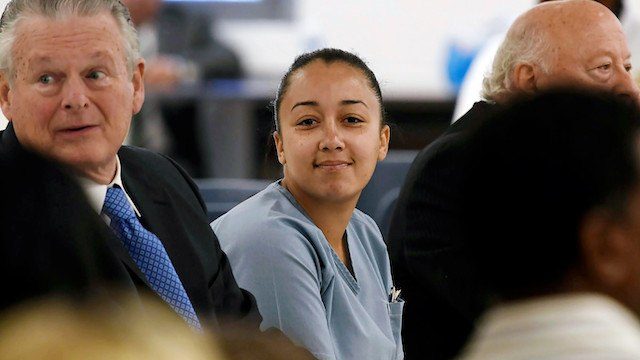 Cytnoia Brown, a survivor of child sex trafficking who has been behind bars for the last 15 years, is finally free.

Brown was finally granted clemency by former Tennessee governor, Bill Haslam, in January following public outcry about her case. Kim Kardashian West, Rihanna and other celebrities all voiced their support for for Brown’s release.

Upon leaving prison on Monday, Brown issued a statement saying, “I thank Governor and First Lady Haslam for their vote of confidence in me and with the Lord’s help I will make them as well as the rest of my supporters proud.”

Brown had been serving a life sentence for killing a man who picked her up for sex while she was being trafficked. She was just 16-years-old at the time when she was convicted for murder and locked up in a Tennessee prison.

However, she will be on parole for the next 10 years on the condition she does not violate any state or federal laws, holds a job, and participates in regular counseling sessions.

Brown was convicted in 2006 of murdering a 43-year-old Nashville real estate agent, Johnny Allen. Police said she shot Allen in the back of the head at close range with a gun she brought to rob him after he picked her up at a drive-in restaurant in Nashville to have sex with her.

The US supreme court has ruled against life-without-parole sentences for juveniles. But the state of Tennessee argued successfully in lower courts that Brown’s sentence was not in violation of federal law because she would be eligible for parole after serving at least 51 years.

Haslam said that was too harsh a condition for a crime Brown admitted to committing as a teen, especially given the steps she has taken to rebuild her life. She earned her GED and completed university studies as an inmate.

Brown met with prison counselors to design a plan for her release, which will include time in a transition center and continuing coursework with the Lipscomb University program, the state department of correction said in a news release.

Brown is due to publish a book about her experience in mid-October and a documentary about Brown’s story will come out later this year.

In the meantime, her attorneys said that she requesting privacy and transition time.

How wonderful to finally see this happy. This poor child has suffered so much but most of all by the “legal system” which should have protected her. God Bless all of those who fought to see her free and my God grant her the Miracles she needs to carry on