Migrant Workers in Qatar Defy Ban, Strike for Labor Rights - FreedomUnited.org
This website uses cookies to improve your experience. We'll assume you're ok with this, but you can opt-out if you wish.Accept Read More
Skip to content
Back to Global News 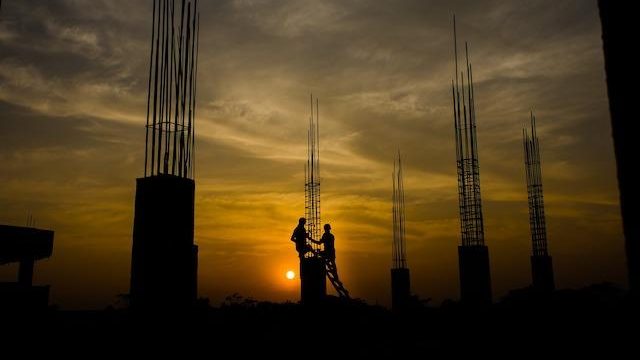 Hundreds of migrant workers in Qatar went on strike this week to protest labor conditions and the the failure of the Qatari government to fully abolish the exploitative kafala visa sponsorship scheme that puts workers at risk of forced labor.

The protest defied Qatar’s ban on migrant worker organizing — both in the form of strikes and labor unions. Still, according to one migrant worker who protested, the authorities did not attempt to disperse strikers in Doha’s Asian Town. However, he said that five police vehicles, three of them riot police vehicles, arrived after the protest began.

“The workers in Qatar are going on strike in a country that bans them from striking or joining unions, and against the backdrop of a labor system that leaves them vulnerable to abuse and exploitation,” said Lama Fakih, acting Middle East director at Human Rights Watch.

“Abusive labor practices that lead workers to take such a risk will continue until the Qatari government makes good on its promise to repeal the kafala system.”

Human Rights Watch explains that Qatar’s promised reforms have yet to come to fruition:

Since October 2017, when Qatar committed to align its laws and practices with international labor standards, the government has introduced several reforms aimed at improving conditions for migrant workers.

They include setting a temporary minimum wage, introducing a law for domestic workers, setting up new dispute resolution committees, mandating the establishment of joint labor committees at companies employing more than 30 workers for collective bargaining, establishing a workers’ support and insurance fund, and ending the requirement for most workers to get an exit permit through their employer to leave the country.

While positive, these reforms have not gone far enough, and implementation has been uneven. The domestic workers law is poorly enforced and below international standards. The workers’ support and insurance fund, introduced to make sure workers are paid unclaimed wages when  companies fail to pay, is not yet operating. Qatari authorities are failing to enforce bans on passport confiscations and workers paying recruitment fees.

The joint committees, with equal representation of workers and management, have yet to be rolled out. The lack of enforcement also undermines the partial exit permit reform, which does not apply to domestic workers, government employees, and up to five per cent of any company’s workforce. Most importantly, the kafala system remains in place, hindering the efficacy of the recently introduced reforms.

One migrant worker who spoke to Human Rights Watch that he and some other 800-1,000 employees of a Qatari cleaning and maintenance company refused to show up to work on August 5. The company allegedly threatened to deport them if they refused to sign contracts that slashed their wages.

Similarly, another man explained that he was forced to sign a contract for lower wages than what he was promised by an agent in his country of origin.

The sponsor blamed it on the agent,” said the worker. “He said to me, ‘sign it or go back home.’”

The migrant workers protest should send a clear sign that they will fight for their rights no matter what.

“Despite the vulnerable position these migrant workers are in, we see them standing up for their rights,” Fakih said.

“The government should respond by ensuring greater protections for workers under Qatari law.”