Eritrean Students: Gov. Making Us Slaves, Not Educating Us - FreedomUnited.org
This website uses cookies to improve your experience. We'll assume you're ok with this, but you can opt-out if you wish.Accept Read More
Skip to content
Back to Global News 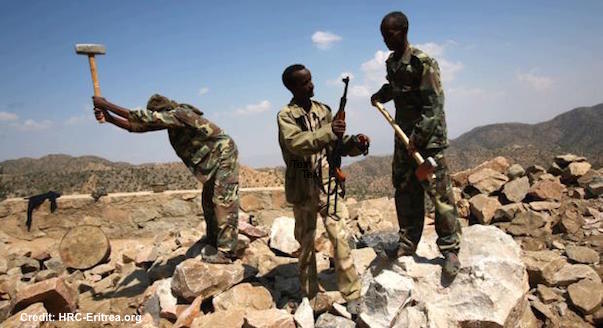 Eritrean Students: Gov. Making Us Slaves, Not Educating Us

Human Rights Watch is charging the Eritrean government with using its education system as a conscription machine that forces young people into indefinite military service and government jobs plagued with abuses.

It is one reason why so many Eritreans have sought refuge abroad. HRW estimates some 507,300 Eritreans live in exile.

“Human Rights Watch research finds that many Eritreans have spent their entire working lives at the service of the government in either a military or civilian capacity,” wrote Human Rights Watch in their new report on Eritrea.

“This indefinite national service has had a visible and lasting impact on the rights, freedom and lives of Eritreans.”

The conscription starts early, while many are still children, according to the report.

Since 2003, students in their final year of secondary school in the East African country are forced to go for training at the isolated Sawa military camp near the Sudan border.

Rampant sexual abuse of women and girls in the training camps was also documented.

The most recent HRW report uses interviews with 73 high school students and teachers to paint a more complete picture of this school-to-government pipeline. All those interviewed were students or teachers in Eritrea between 2014 and 2018 and are currently living in exile in Sudan, Ethiopia, Italy and Switzerland.

As one student explained, “They are making us into slaves, not educating us.”

After the compulsory training, some students are sent directly into unlimited military and government service. Those who have attempted to flee to escape this grim future have been subjected to physical abuse and torture according to human rights groups.

HRW is calling for reforms of the country’s secondary schools, making a clear link between the education system’s links to state-sponsored forced labor.

“Now that peace with Ethiopia is restored, reforms on human rights, starting with the rights and freedom of the country’s youth, need to follow,” said Laetitia Bader, senior Africa researcher at HRW.

This situation in Eritrea has been known for some time. For a look at a personal story regarding this country and escape from it, check out an article perhaps a year old in The New Yorker Magazine,