Child Trafficking and the Search for Football's Next Star -
This website uses cookies to improve your experience. We'll assume you're ok with this, but you can opt-out if you wish.Accept Read More
Skip to content
Back to Global News 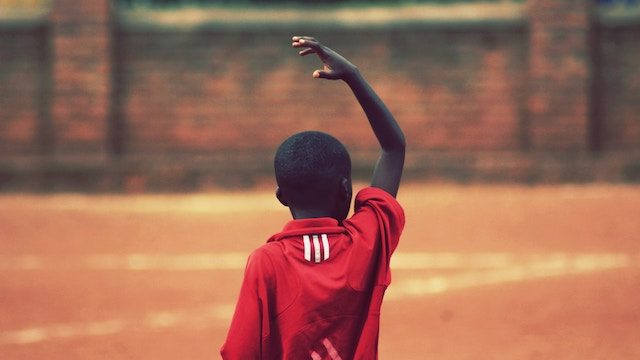 Child Trafficking and the Search for Football's Next Star

Some 15,000 children have been trafficked to Europe under the false premise that they can become football’s next superstar.

Across Africa and South America, young boys are being scouted by fraudulent agents, promising boys and their families trials at top European football clubs. It’s a scam that sees young boys leave their friends and families behind, shelling out massive sums of money for visas and airfare to chase their dreams.

But upon arrival in Europe, there is no club waiting for these boys. Their agents then traffick them into drug dealing or subject them to forced labor. Some are victims of sex trafficking.

But it’s not the only way young boys are trafficked; many agents sign a player to a club that controls their mobility and profits off of an exploitative contract.

Back in 2009 a study by the European Commission described how the increased use of the African and South-American transfer markets had created something of a “modern-day slave trade”. This was due to the recruitment strategies used by EU clubs that allowed unscrupulous “agents” to repeatedly exploit footballers, as they have continued to do so – even during the 2018 FIFA World Cup.

Clubs are complicit in football trafficking when they do not query the origin of a player who comes for trials, or probe the relationship between a player and an agent.

The UK’s Modern Slavery Act, which was established in 2015 sheds light on human trafficking but it is ultimately a lenient piece of regulation – as the Act allows clubs to omit regarding their players as part of their supply chains, but remain compliant through a statement. And the Act also doesn’t require clubs to take steps to prevent the recruitment of potentially trafficked players, or those who are victims of forced labour.

Another issue raised by Nkang is a gap in regulations for protecting minors — there are different standards for minors from the EU versus minors from Africa.

When a club transfers a boy from the EU, the purchasing team is tasked with following regulations around football education, academic provisions, and living standards in accordance with FIFA’s Regulations on the Status and Transfer of Players. However, FIFA regulations do not impose similar obligations on clubs when transferring an African or other foreign minor.

Nkang’s research explores a holistic fix to tackling trafficking in football, calling for better safeguards of minors recruited outside of the EU and improving the standards of African leagues so young football talents are not as easily targeted by fake agents.