Why Are Child Sex Trafficking Victims Being Arrested? - FreedomUnited.org
This website uses cookies to improve your experience. We'll assume you're ok with this, but you can opt-out if you wish.Accept Read More
Skip to content
Back to Global News 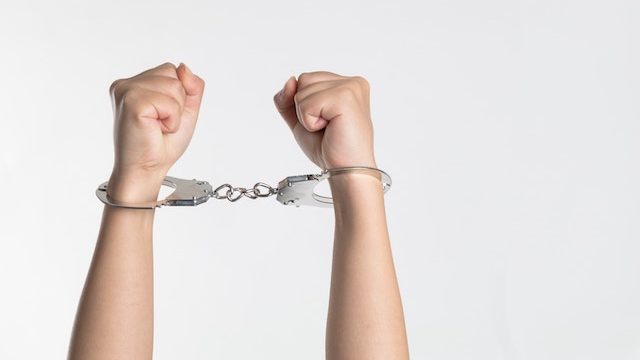 Why Are Child Sex Trafficking Victims Being Arrested?

Last month a judge in Kansas made national headlines for erroneously claiming that two girls — just 13 and 14-years-old — were “aggressors” in a case where a 67-year-old man paid them to have sex.

“So, she’s uncomfortable for something that she voluntarily went to, voluntarily took her top off for, and was paid for?” said Kansas Judge Michael Gibbens.

“I wonder, what kind of trauma there really was to this victim under those peculiar circumstances?”

The public responded with outrage, but the issue of children who are victims of sex trafficking being charged for prostitution and minor crimes they were forced to commit is nothing new.

As a society, we must ask, why did money sanitize what, in any other circumstance, would be considered child rape? And more concerning, how did the exchange of money shift the narrative so dramatically so as to characterize children as aggressors in the crime of which they were victims?

This paradox still exists despite an increase in awareness, and specific laws to protect children from such offenses over the last couple of decades.

Criminalizing youth who have experienced the horrors of commercial sexual exploitation, and oftentimes survived traumatic experiences that predate the exploitation, is not only the gravest of injustices but also prevents survivors from receiving critical services and ongoing, specialized care.

Notably, the age of consent in Kansas is 16, meaning sexual contact between an adult and the minors in this case was not consensual. Still, comments on social media surrounding this case tried to place blame on these two girls, calling them “delinquent,” “out of control,” “promiscuous,” and “prostitutes.”

As Countryman-Roswurm and Smith write, “as Kansans we must ask ourselves: How do we really view individuals who have been victimized by and survived human trafficking? If we truly care, how do we shift our culture to recognize all survivors of sexual violence, including child sex trafficking, as unequivocally blameless in the conduct that constitutes their very victimization?”

Sexual activity with a child below the age of consent is unlawful. The fact money changed hands is irrelevant. The 67 year old male should have been charged with the relevant crimes, incarcerated and placed on the sexual offenders register with all the attendant publicity.
The girls should have been offered all available assistance to recover from these crimes against them,

This is outrageous. i just show a show on TV the other night, and i couln’t believe authorities would send to prison an obvious victim of child trafficking. What is going on in this society?

probably can’t bear the financial and emotional cost of a lengthy court case. For some reason, the judges often don’t use their authority to stand up for the victims who desperately need and deserve their help. They deny that violence has actually taken place and even allow for the roles to be inversed, which means that the victims suddenly become the offenders and get punished. To me, this shows that violence against minors (and women, for that matter) is still tolerated and promoted

This judge is in on having sex with a child. This why he has these ideas. All people in all walks of life is involved with white slavery of the world. I wish all the population of the world would understand this problem better.

I am surprised that a man with such a sick headspace as the Judge, is allowed to have a say in a
Sexual assault case involving minors.

One has to wonder if these Judges have been on the recieving end of the minors sexual services themselves?