Why +40 Million People are Enslaved Today - FreedomUnited.org
Skip to content
Back to Global News 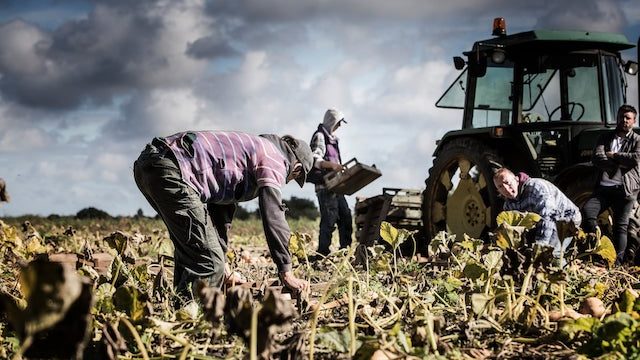 Why +40 Million People are Enslaved Today

Some 40.3 million people around the world are estimated to be victims of modern slavery — more than at any other time in history — according to the International Labour Organization and Walk Free Foundation.

But what does slavery actually look like and who is affected?

According to non-profit Anti-Slavery International, a person today is considered enslaved if they are forced to work against their will; are owned or controlled by an exploiter or “employer”; have limited freedom of movement; or are dehumanised, treated as a commodity or bought and sold as property.

Contrary to popular belief, the majority of people enslaved are victims of forced labor — not sex trafficking — meaning they are working against their will and under threat, intimidation, or coercion.

Of the 24.9 million people trapped in forced labour, the majority (16 million) work in the private sector. Slaves clean houses and flats; produce the clothes we wear; pick the fruit and vegetables we eat; trawl the seas for the shrimp on our restaurant plates; dig for the minerals used in our smartphones, makeup and electric cars; and work on construction jobs building infrastructure for the 2022 Qatar World Cup.

Another 4.8 million people working in forced labour are estimated to be sexually exploited, while roughly 4.1 million people are in state-sanctioned forced labour, which includes governmental abuse of military conscription and forced construction or agricultural work. In certain countries such as Mauritania, people are born into “hereditary” slavery if their mother was a slave.

Again, women and girls bear the brunt of these statistics, comprising 99% of all victims in the commercial sex industry, and 58% in other sectors, according to the ILO.

The ILO and Walk Free Foundation admit that the 40.3 figure may be skewed due to lack of data from conflict zones, refugee hotspots, and among migrant workers in the Gulf. Accordingly, they believe their estimate is conservative.

Still, Kara says ending slavery is possible, but will require a massive overhaul of the global market economy and investment in vulnerable communities who produce low-cost goods.

“Consumers may have to pay slightly more for certain goods, and multinational corporations may have to accept slightly lower profits. But a freer and fairer labour environment would promote greater productivity, potentially offsetting some of those expenses.”