What's Wrong with This Photo? - FreedomUnited.org
This website uses cookies to improve your experience. We'll assume you're ok with this, but you can opt-out if you wish.Accept Read More
Skip to content
Back to Global News 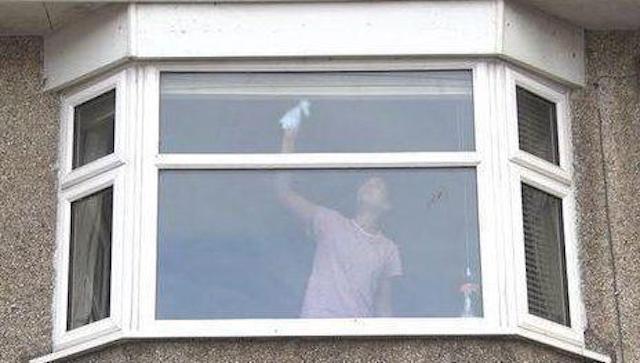 What's Wrong with This Photo?

It’s a picture of a woman cleaning a large bay window. But while it may be a common sight, Avon and Somerset Police posted the photo to illustrate that there may be something more sinister at play: domestic slavery.

“This could be an indicator of domestic servitude. Many victims won’t know they’re being exploited and need you to be a voice for them,” said the police.

Domestic servitude is just one form of modern slavery, and potential indicators include victims being dropped off and collected by one vehicle, isolation, poor living conditions, and other signs of abuse.

If you believe someone is being trafficked you should call 999 straight away or report suspicions of trafficking by calling 101 or visiting your local police station.

You can also dial the Modern Slavery Helpline on 08000 121 700, which can provide help, support, advice or report suspicions of trafficking.

Avon and Somerset cops added that they’ve seen an increase in the number of reports of modern slavery in the past two years.

“It’s likely this increase is due to increased media interest in modern slavery at car washes and nail bars,” they said.

“We rely heavily on the public to be our eyes and ears, to be in the places we can’t always be in.”